Record Profits of $6.5 Billion at UPS

While UPS Teamsters are working under a contract that imposed concessions like two-tier 22.4 drivers, UPS bosses are celebrating record profits. The company announced today it made $1.84 billion in profits during peak alone and $6.5 billion in profits after taxes in 2019. 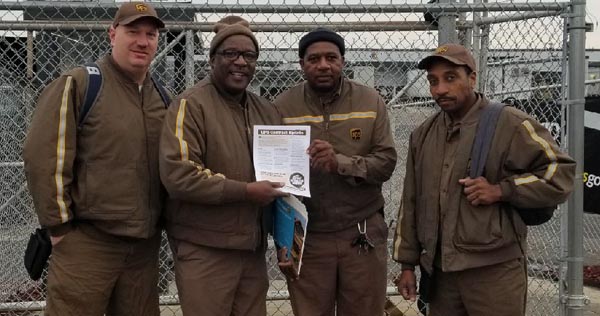 UPS reported this profit haul in a conference call with investors and analysts this morning.

For 2020, UPS and industry analysts say that profits after taxes will top $7 billion.

Unite with UPSers to Win Change

UPS and UPS Freight Teamsters are proud to work for a successful company. But there is no excuse for making contract givebacks to a company that’s making record profits.

UPS Teamsters are organizing for change.

We’re uniting to end the Two-Thirds rule that was used to impose the contract and to elect new International Union leaders who will mobilize the members to take on the company when our new contract is negotiated.

We can win but only if we work together.

What’s Next for UPSers who Voted No