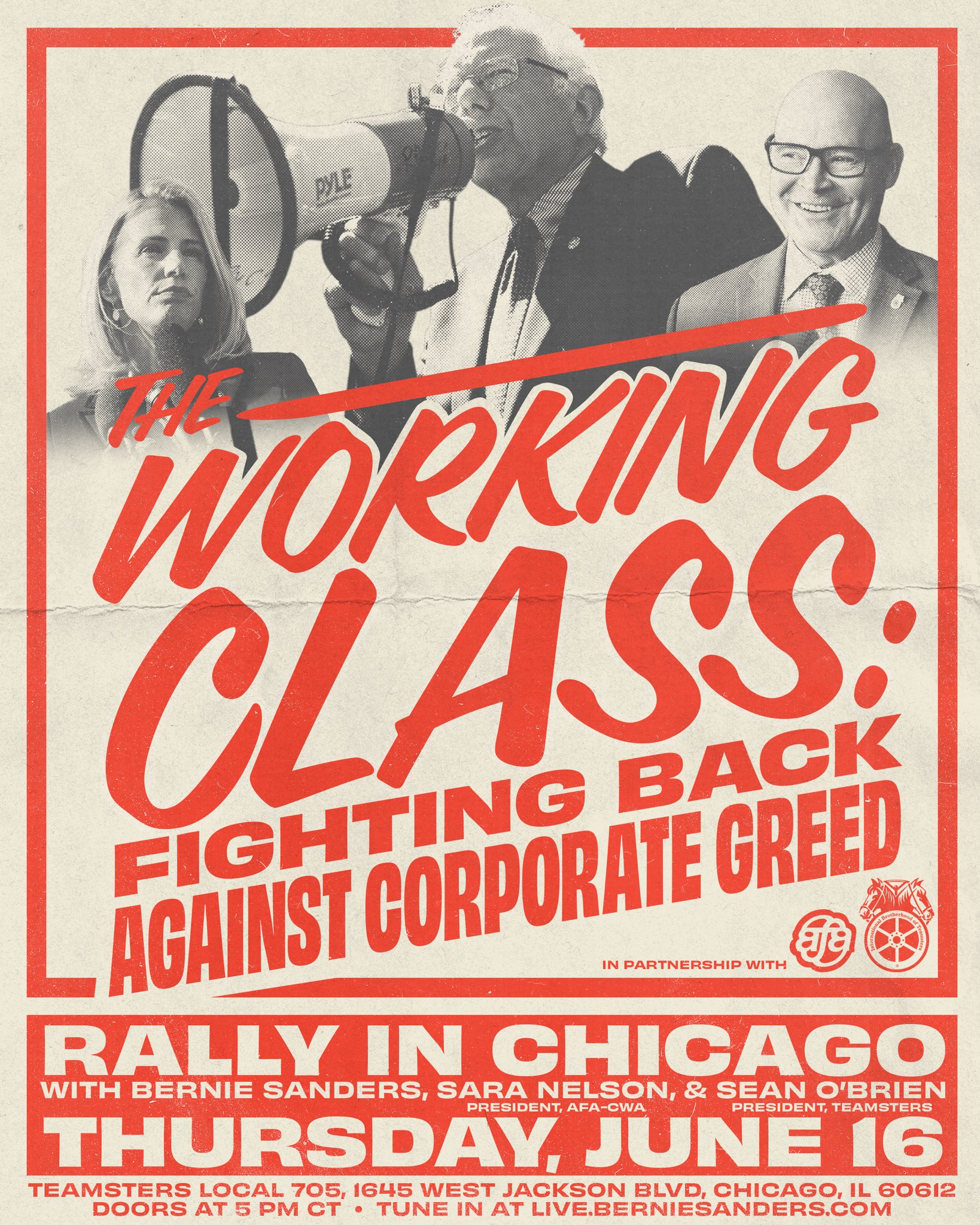 Thursday’s rally, “The Working Class: Fighting Against Corporate Greed,” will feature speeches from workers at Starbucks, Amazon and other companies who are organizing and striking for better pay and working conditions.

The Labor Notes conference will bring together 4,000 union members and labor activists together from around the country for workshops and strategy sessions on putting the movement back in the labor movement.

This year, O'Brien and rank-and-file activists are bringing the energy of a revitalized Teamsters Union.

O'Brien will open the conference with Amazon Labor Union President Christian Smalls and Senator Sanders. Afterward, TDU will host a reception and meet-and-greet with O'Brien and Teamster activists.