Teamster members are gearing up to make big changes in our union—and we’re not about to let COVID-19 stop us.

This year, we will hold a series of workshops and meetings starting with a national zoom call for O’Brien-Zuckerman Teamsters United volunteers on Sunday, August 23.

Members will decide the workshops through an online poll. Click here to have your say.

On Sunday, November 8, we will hold a half-day online Convention where we will hear from Teamsters who are shaking up our union, set TDU’s course for the coming year and elect the TDU Steering Committee.

We will have more information on how to register for the Convention soon. 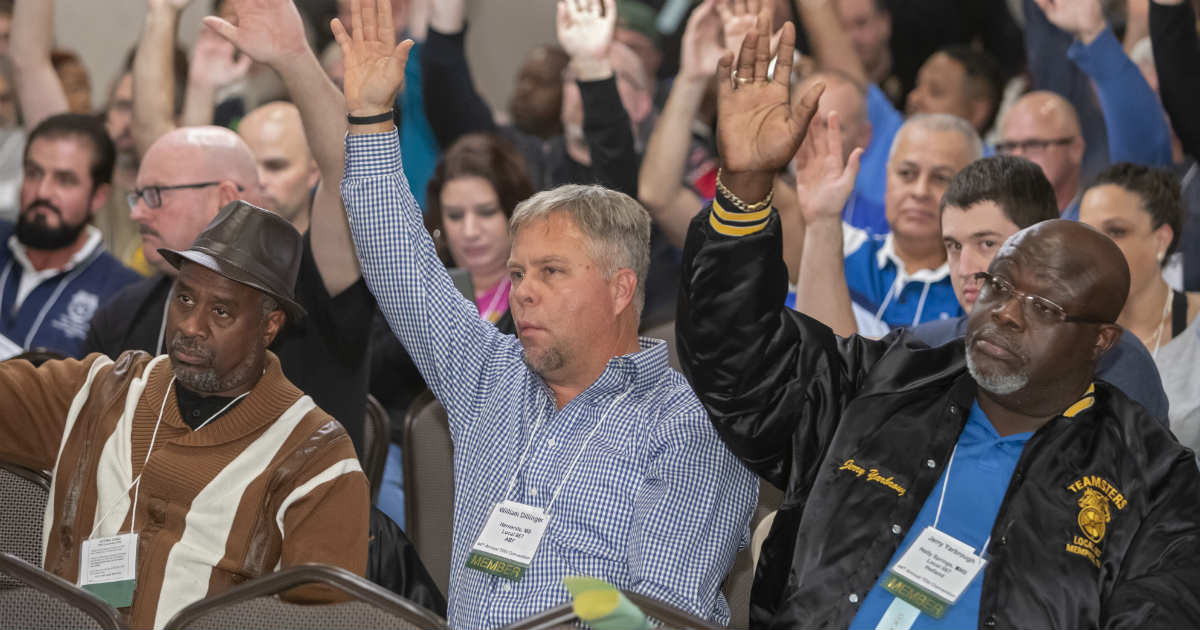 TDU will hold a national zoom call for Teamsters who are volunteering to elect the O’Brien-Zuckerman Teamsters United Slate.

Hear from Teamsters United candidates. Get a report on the accreditation petition drive results. Talk about next steps for winning new leadership and a new direction for our union—including Convention Delegate elections and how to build the campaign in your area.

This important call will be held on Sunday, August 23 at Noon Eastern, 11 am Central, 10 am Mountain, and 9 am Pacific. You must pre-register to participate in the call.