The headline says it all, “Hoffa Retains Teamsters Union Presidency — Fewer Concessions Ahead?” The National Law Review reports the near-win for Fred Zuckerman in the Teamster election may put Hoffa-Hall under pressure to cough up fewer contract givebacks in the future. 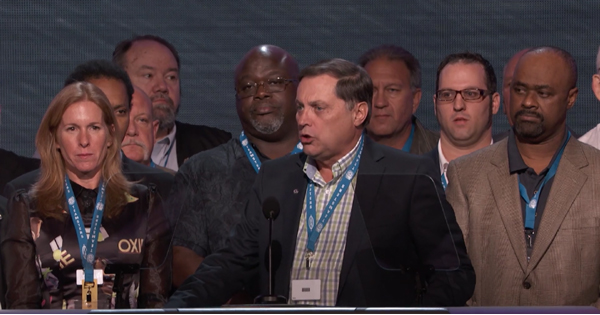 The Teamster election results have not been certified and protests are pending. But employers are worried about the impact the Teamsters United campaign has had already.

Fewer concessions is definitely not a good thing to the authors of the National Law Review article. They are attorneys from the notorious anti-union law firm Jackson Lewis.

They note that, “Teamsters United criticized Hoffa for granting pension and other concessions during collective bargaining,” and that “Teamster members in the United States cast more ballots in favor of Zuckerman.”

The anti-union lawyers fear that, “The closeness of the vote could mean less willingness on the part of the Teamsters to grant concessions in collective bargaining.”

It’s up to Teamster members to make these predictions a reality by staying united against givebacks and holding our union officials’ feet to the fire. That’s what TDU is all about.

Give anti-union employers one more thing to worry about. Contact us or Join TDU today.