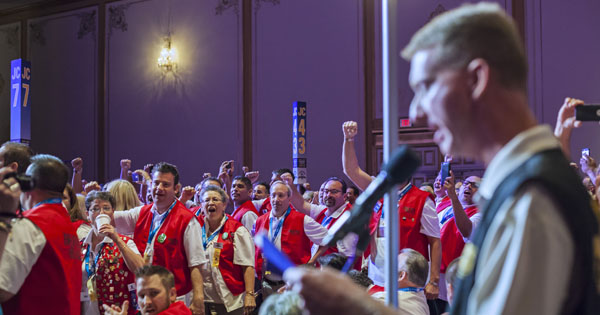 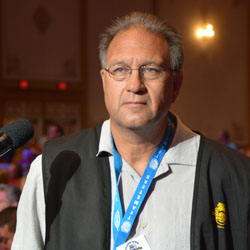 “We all support the striker’s security package to increase weekly strike benefits. I support the amendment from Fred Zuckerman and Teamsters United to provide strike benefits starting the first week of a strike, including strikes for union recognition. Let’s use our powerful Strike Fund to help Teamsters and new members win strikes.” 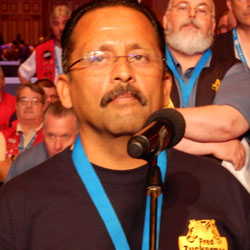 “Our local represents warehouse and food industry Teamsters. Our jobs and contracts are under attack. We need leadership that knows how to mobilize members, to fight back against unreasonable production standards and defend our contracts.” 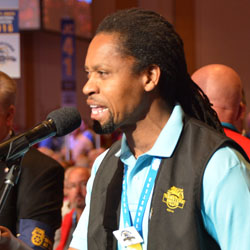 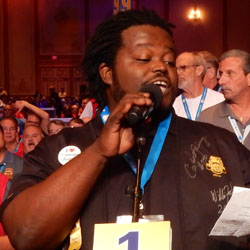 “The carhaul industry was dominated by Teamsters 17 years ago when Hoffa took office; and with no organizing plan and concessions for the members, we’ve gone downhill fast. It’s been now 302 days since we’ve had a contract in carhaul. We refuse to die the slow death in Louisville. In fact, we’re growing. There are more Teamster carhaulers in Louisville than there are in Detroit, Hoffa’s hometown, because in Louisville we fight.” 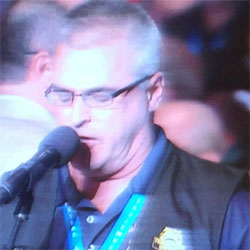 “I worked in the freight industry for over 30 years and we’ve witnessed the industry’s decline. We will never give up the fight to restore power to any of our core industries. We are ready to stand up for better contracts and pension stability.” 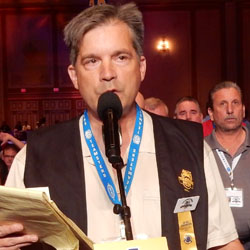 “Subcontracting out union jobs at UPS Freight and YRC are a great concern to all freight members… On a personal note, everyone on this slate considers you and everyone in this hall our brothers and sisters; and when this is over, we pledge to continue working with you on behalf of working people and working Teamsters around the world.” 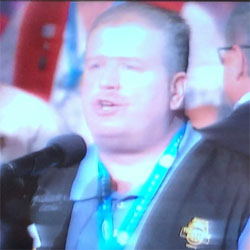 “I’m from Local 804, the proud local of Ron Carey. Our local has never voted for Hoffa-Hall and we never will. More than 80 percent of our members voted against Hoffa-Hall five years ago and we’re back.” 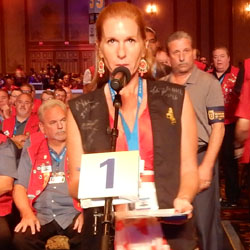 “As a Teamster and a woman, it is a special honor for me to nominate Sandy Pope. She’s a trailblazer, an inspiration to Teamster sisters and brothers alike. A coalition builder and a unifier, Sandy puts our union and the members above the politics.”