The two Teamster affiliates of rail workers are taking a different stance on the tentative contract negotiated by one of the coalitions of rail unions. 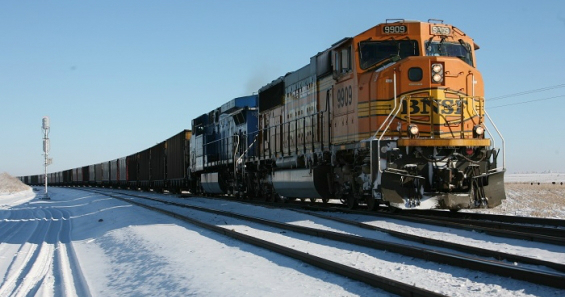 The Brotherhood of Locomotive Engineers, BLET-IBT, agreed to the four-year contract which will now go to a membership vote within that coalition. The union leadership calls the deal “a very positive outcome.”

But the Brotherhood of Maintenance of Way Employes (BMWED-IBT) has said “no thanks”. BMWED president Freddie Simpson’s letter details the health care concessions in the agreement, and that rail workers already pay too much for health care.

The situation reflects the divide-and-conquer tactics of the rail corporations that bargain with three separate union coalitions. The employers made the deal with the BLET and SMART (formerly UTU, the conductors and trainmen), which are the largest coalition representing some 70,000 rail workers. If that deal is ratified, the employers will use that pattern with the other two coalitions.

The tentative contract provides for 2.4% wage increases per year and no concessions in work rules, and is touted by the BLET as a win because of that.

The BMWE, the Teamsters who maintain and build the tracks and trestles, lead a second coalition of rail workers, and point to the health care concessions in the tentative deal. A letter from the president of the Pennsylvania Federation of the BMWE notes that “since bargaining began, the Class 1 rail carriers made $30 billion in profits and can easily afford to improve the lives of rail workers.”

According to the rank and file network Railroad Workers United, the splits among the rail unions allow the carriers to play one against another.

The tentative agreement now goes to the BLET members for a vote.