Teamsters United Cruising to Victory in the South!

UPDATED: The O’Brien-Zuckerman Teamsters United Slate took a commanding lead on the first day of the Teamster International Union ballot and cruised to victory in the Southern Region with more than 70% of the vote. 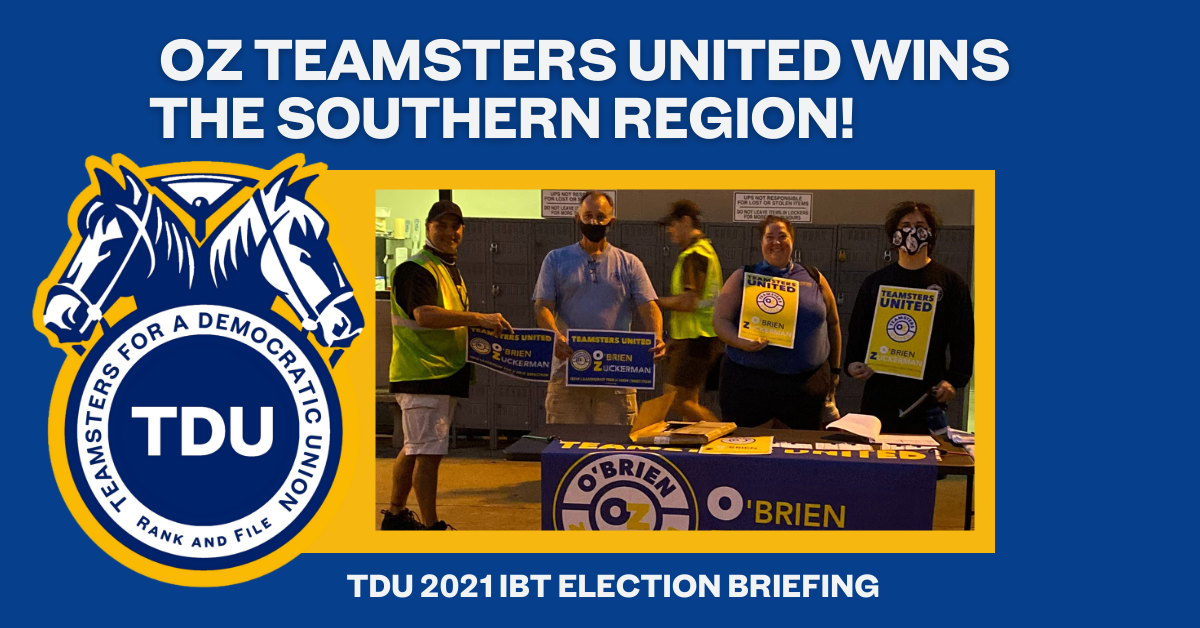 Counting has begun in the Central Region and will then move on to the East, West, and finally Canada.

The count is being conducted by the staff of an independent Election Supervisor and is expected to be completed by this Friday, November 19.

Click here for the local-by-local results in the South.

Click here for the local-by-local results in the Central.