Teamsters United from the U.S. to Canada

Employers play divide and conquer to keep workers from uniting and having more power. Some Hoffa-Hall officials play divide-and-conquer too. This weekend it was Teamsters Canada’s Francois Laporte’s turn when he tried to pit Canadian and U.S. Teamsters against each other. 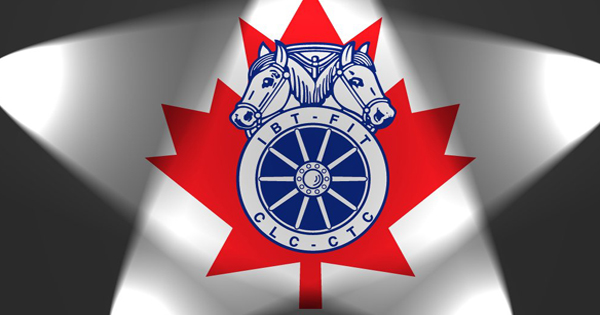 Fred Zuckerman held a national conference call of supporters to talk about the election and the future of  the Teamster United campaign and movement.

Here’s what Zuckerman had to say: “Let’s get one thing out of the way: I don’t want to hear people blaming Canada for what happened. They are our Teamster brothers and sisters.  They face the same problems we do—and we are going to fight for them and with them going forward.”

It was a principled and unity-building response after a small number of supporters lashed out on Facebook after their candidate won the vote in the U.S. but was denied the presidency of the International Union.

Hoffa-Hall campaign operatives were on the call and heard Fred’s clear message.

Fred Zuckerman’s comments speak for themselves, and for solidarity.

In June, Teamsters United announced it would only run candidates in the U.S. by saying, “We respect the autonomy of Teamsters in Canada to choose their own leaders and will not be contesting those positions.”

As for TDU, our movement has always promoted solidarity and respect between U.S. and Canadian Teamsters. We backed the first directly-elected Canadian to serve as an International Union Vice President: Diana Kilmury.

Kilmury was a co-chair of TDU. The Canadian film Mother Trucker tells her inspiring story of battling corrupt Teamster officials in British Columbia, joining TDU and winning election on the Ron Carey Slate.

There is a deep divide our union, but it has nothing to do with Americans vs Canadians.

The divide is between the Hoffa-Hall officials who side with employers and impose concessions and Teamsters who are fighting back to win good defeat givebacks, protect their pensions, benefits and union standards, and to end corruption in our union.

In TDU, we know which side we’re on and we are proud to back Teamsters United.