The Butch Lewis Emergency Pension Relief Act was just signed into law. Sign a Thank You message to the activists who built the movement that saved the pensions of 400,000 Teamsters and 2.5 million workers. 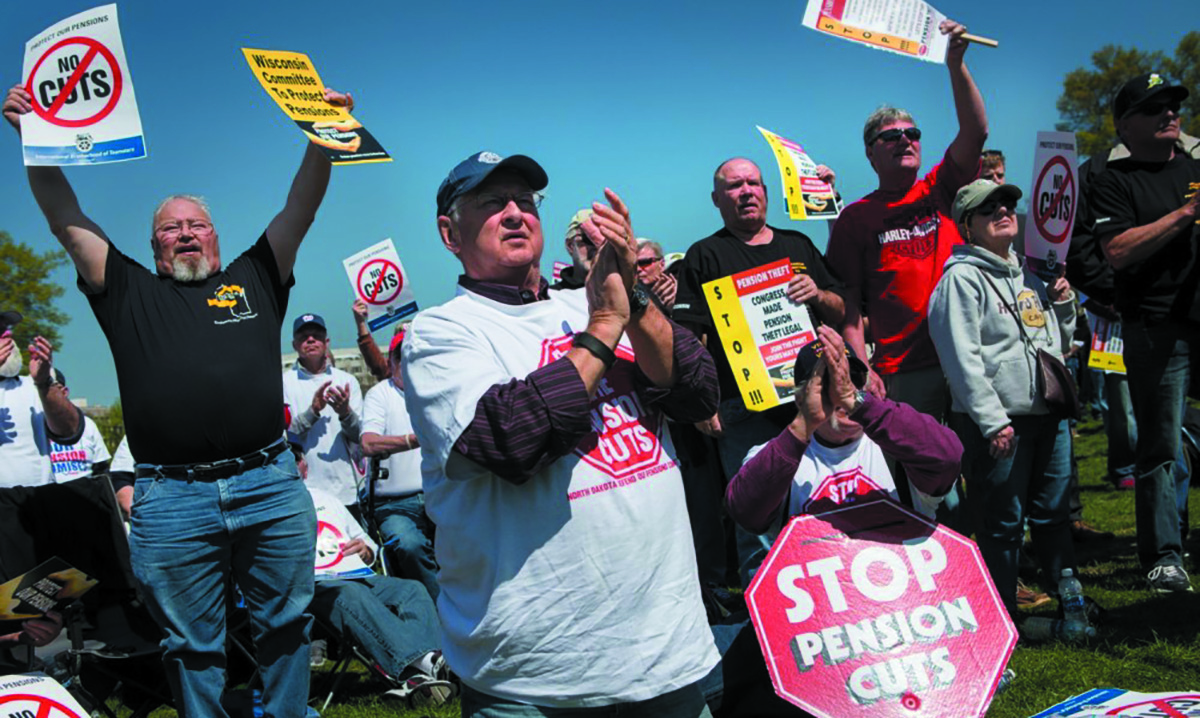 That stroke of the pen means that 400,000 Teamsters and 2.5 million workers will no longer lose the pensions they earned with a lifetime of labor.

It took eight years of grassroots organizing to achieve this victory. It's time to thank the grassroots activists who made it happen.

TDU will deliver a Thank You message signed by thousands of grateful Teamsters and friends to the leaders and activists of the pension movement.

When the pension movement started in 2013, stopping pension cuts seemed like an impossible dream.

But rank-and-file organizing by thousands of Teamsters made it a reality. It took eight years of meetings, rallies, lobbying and protests.

Not everyone lived to see this victory. The pension relief law is named after Butch Lewis, a Teamster and TDU leader, who helped launch the movement and died from the stress of organizing against the pension crisis.

It’s time to thank pension activists for their sacrifices.