The Debate Over Debates

For the first time in the 30-year history of Teamster members voting for International Union officers, there will likely be one or more debates between the candidates for Teamster General President. Both the O’Brien-Zuckerman and Vairma-Herrera slates are publicly calling for debates. 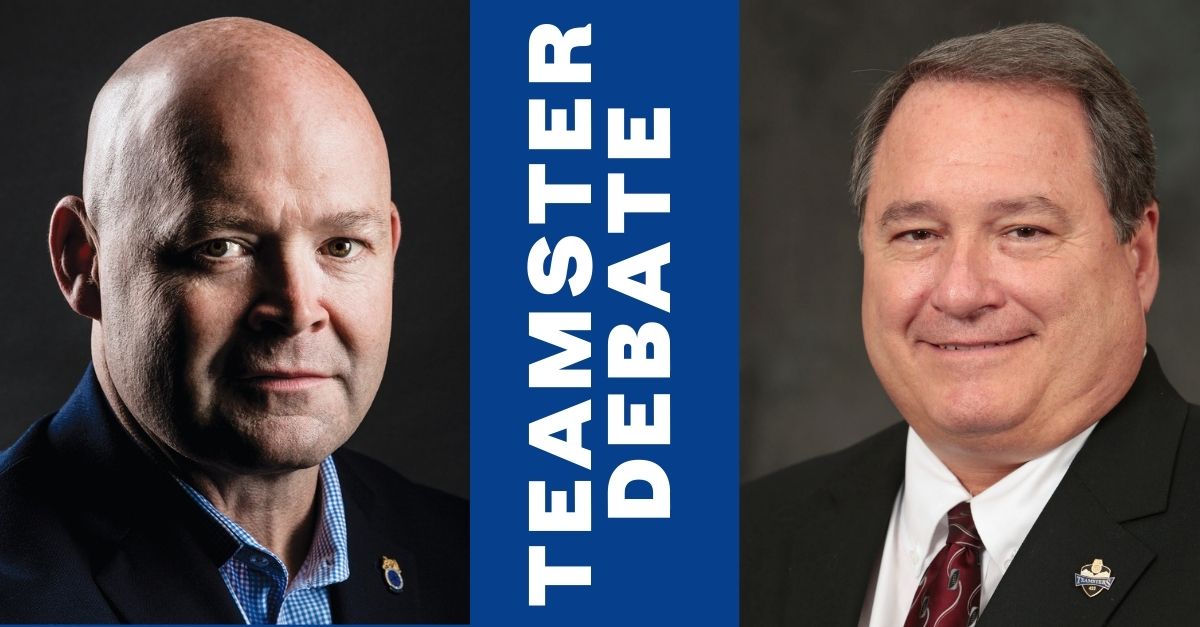 This is good news. TDU drafted and proposed the debate section of the IBT Election Rules (See Article VII, Section 6 of the Rules). But in every election, Hoffa refused to debate.

Instead, Hoffa fabricated last-minute excuses and sent stand-ins to debate for him (Chuck Mack, Tom Keegel, or Ken Hall). The stand-in loophole was later written into the rules by Hoffa’s attorney.

The Teamster Convention, where the two slates will be nominated, is one month away. On June 25, Sean O’Brien, Steve Vairma, Fred Zuckerman, and Ron Herrera will accept their nominations.

The Teamster Election Rules mandate at least one in-person debate run with an impartial moderator under the supervision of the Independent Election Supervisor, and allow for additional debates.

On May 23, Sean O’Brien reached out to Steve Vairma to talk about setting up debates. Per the rules, O’Brien suggested that the Election Supervisor find the appropriate impartial moderator, and he proposed having additional debates over the minimum of one outlined in the Rules.

O’Brien suggested four venues, corresponding to the home locals of the four top candidates, in addition to the expected one in Washington DC. He suggested two of the debates be between the GST candidates: Zuckerman and Herrera. He invited Vairma to offer alternative suggested venues.

Hopefully this reasonable procedure will be agreeable to the Vairma-Herrera slate.

The Debate Over Debates

On social media, some members are excited to see that there will finally be debates between the IBT candidates. But accusations and arguments have muddied the waters.

The Election Supervisor was selected and appointed by Hoffa. The Election Rules are referenced in the IBT Constitution.  There is zero government involvement in this election. You would think a candidate for General President would know that.

The Secretary-Treasurer of Philadelphia Local 623 invited both candidates to debate at that local union. There is nothing wrong with that. But that’s not how national debates typically get set up. The mayor of Philadelphia could call for a presidential debate to be held there and suggest the moderator, but that doesn’t mean it’s going to happen.

One of TDU’s goals is to increase voter participation by Teamster members. Hopefully the debates will be part of making that a reality.