The History of Pension Protection

Until ERISA (the Employee Retirement Income Security Act) was passed in 1974 and signed by President Ford, workers’ pensions were unprotected. How was ERISA won, and what can we learn for today from this history? 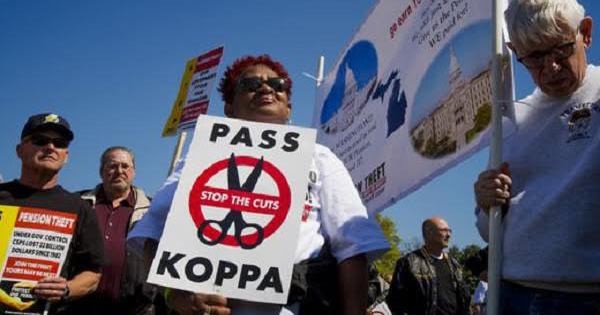 With ERISA’s passage, pensions were protected, as bank accounts are protected by the FDIC in the event of bank failures.  Now, ERISA has been gutted, especially by the 2014 MPRA bill.

Read the letter that retired Teamster and dedicated pension activist (with the Central Ohio Committee) Fred Slaybaugh just sent to Congressional Representatives, to remind them of the history of pension protection, and why it is so needed today, just as it was for the Studebaker auto workers who fought so hard to win the ERISA law.

If others could win pension protection in the 1970s, we can do it again today!