Time to Meet with Congressional Reps 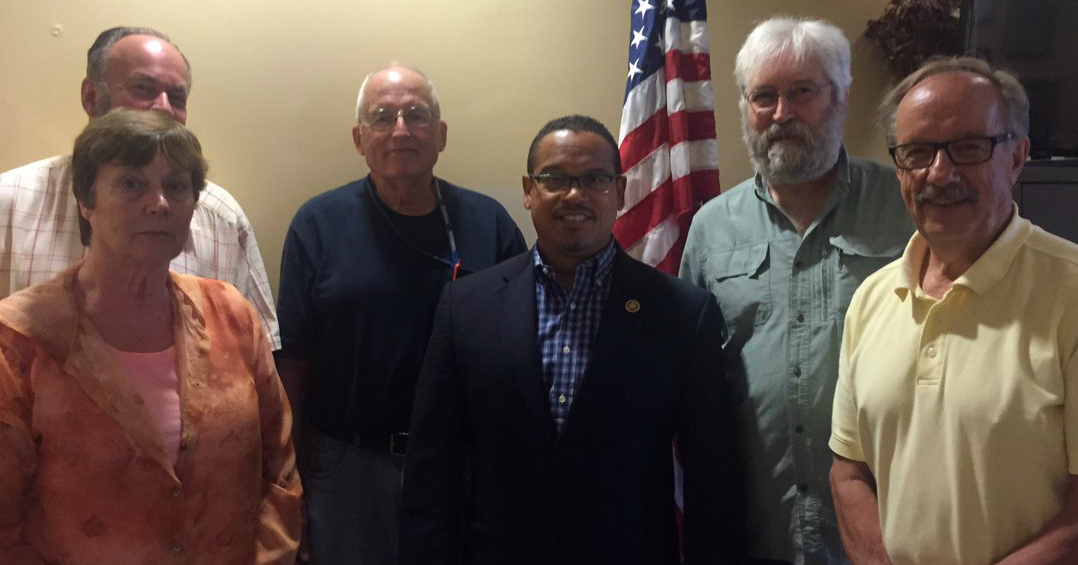 (Left to Right: Donna Carlson, Dave Erickson, Bob McNattin,
Congressman Keith Ellison, John Ruhland, and Harry Carlson.)
"It was heartening to hear how informed our Congressman was on the issues," said Bob McNattin a retiree from Teamsters Local 120. "Ellison knows how hard we organized to get Treasury to reject the Central States cuts, but he also knows we still need real solutions and legislation to protect our retirement security." The delegation left the meeting confident that the Congressman would remain an important ally going forward. These Minnesota Teamsters encourage other committees or pension activists to meet with their Senators and Representatives or their staffs. We need to keep growing support and visibility in this election year.
news Pension
Do you like this post?
Tweet
Get Advice Join TDU Donate