UPDATED: Too Big to Fail: The Huge Community Impact of Pension Cuts

The huge economic impact that the proposed cuts by the Central States would have on American communities is now detailed for all 435 Congressional Districts. 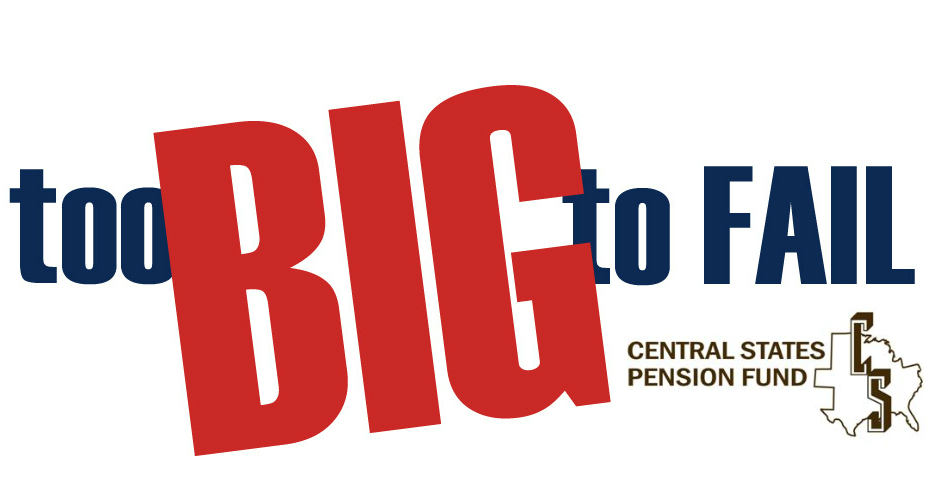 This information proves that not only would the disastrous cuts put tens of thousands of retirees into poverty, but would have a serious adverse effect on the economy of hundreds of communities.

Here is a state-by-state chart of the impact.

For example, the Fund pays benefits in the state of Michigan of over $327 million per year, so cutting the benefits by 50 % would sap the state economy of over $163 million in consumer spending, with a ripple effect on many businesses and jobs.

For the retirees and for the many affected communities and states, the Central States Fund is indeed “too big to fail.”

“If a corporation with a payroll of that scale threatened to leave the state, we’d see politicians lining up to offer them tax breaks and corporate-welfare to stay,” stated Paul E. Kubal, Detroit Local 299 carhauler. “Hard working Teamsters who earned their pensions deserve that consideration and more, to keep their dignity in retirement and their money in the economy.”

You can click here and then click on any state to find the local impact detailed for each district in the state.

This information should be spread to all media and especially to all elected political leaders. Not only your Congressional Rep and Senator, but your state and local legislators should see the potential economic loss to your district if these cuts are made.

We thank those political leaders in Washington who demanded that the Central States Fund finally release the numbers, and the Pension Right Center for their help.