Local 705, representing over 10,000 UPS Teamsters in the Chicago area, continues to demand a contract with UPS which does not have concessions, and which makes gains for part-timers and retirees. It is possible that the union could give a 30-day notice to the company to cancel the contract extension, which would cause an open contract—and potential strike—in early December. 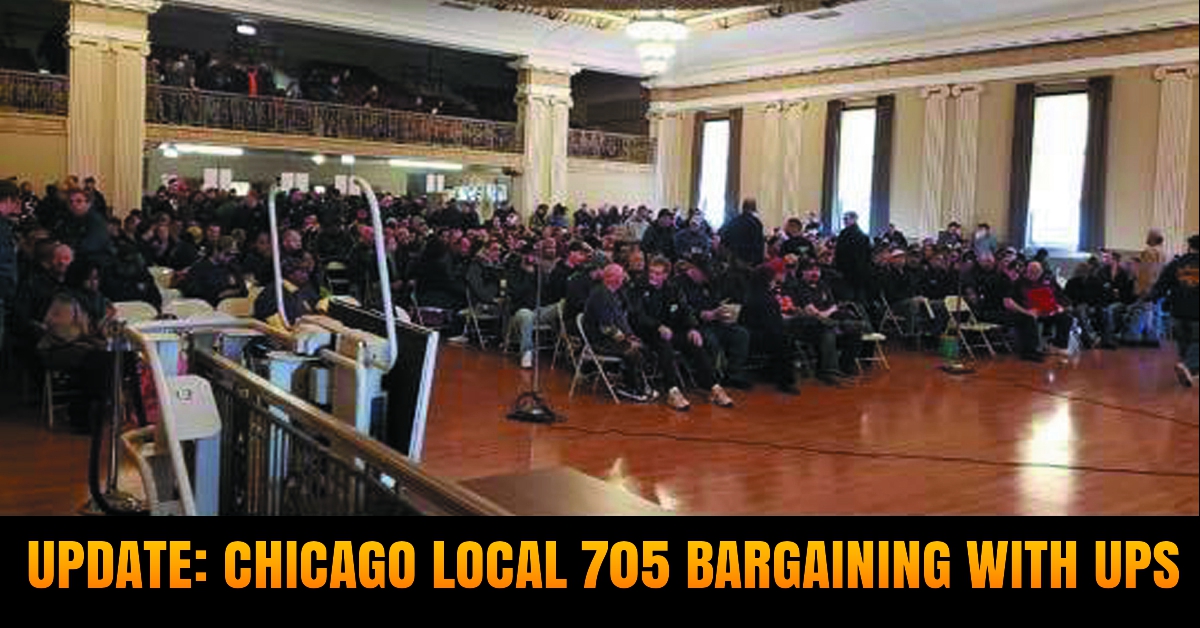 On October 25-26, we received an economic proposal from the company for over 10,000 UPS members. The proposals mirrored most of the terms of the national contract. There were also language proposals. There was some progress and movement from the company on some issues. On others, we remain far apart.

In particular, our committee made it clear we are holding out for a $15 starting wage for part timers and catch up raises for current part timers. Other priorities include, but are not limited to, pension increases, improved retiree health care, protection of package car jobs, safety, subcontracting, and others. Our 705 committee reviewed the union proposals with the company. The company heard us and said they will return with responses. Principal officer Juan Campos offered to meet Saturday, Sunday, and any day next week to continue negotiating. The company said they could meet 10/30 and 10/31. We have made it clear to the company we want to see more progress as we continue to bargain in good faith, and if we don't, we will give 30-day notice to end the extension soon.

Local 705 has a separate contract with UPS Cartage Services (CSI), which was also bargained on October 25. The contract has big gains. The contract includes newly organized clerks who now will get insurance for no premium, where before they paid as much as $600 a month. The CSI contract has wage gains and pension increases for both actives and retirees. It was inspiring to hear reports from the newly organized clerks on the committee as they fought for their first contract.