UPS made $1.1 billion in profit in the first three months of the year—a 10 percent increase over last year. But executives complained the company is the real victim if the Treasury Department approves Central States pension cuts for 400,000 Teamsters. 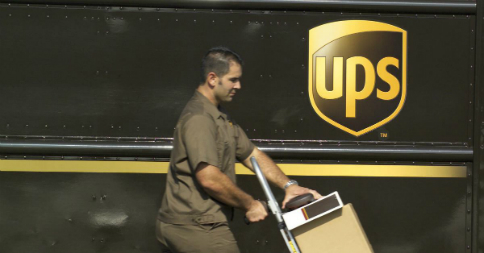 When Hoffa and Ken Hall let UPS pull out of the Central States Pension Fund in 2007, they set off a chain of events that has put the union’s biggest pension fund in deep crisis.

But the deal between Hoffa-Hall and UPS had a costly loophole for the company. If Central States ever lawfully cut retiree benefits, UPS would have to make up the difference for UPS Teamsters who retired after 2007.

The chickens may be coming home to roost. If the Treasury Department approves the Central States pension cut plan, UPS will have to make up for the losses to recent and future retirees.

Nearly 9,000 Teamster retirees from UPS will not get these supplemental retiree benefits because they retired before the company pulled out of Central States.

UPS is crying foul—and says the Central States plan is unfair. They are demanding that Central States make even deeper cuts to some retirees (including UPSers who retired before 2008) in order to save UPS money.

This is a corporation with no conscience. First, they pulled out of the pension fund and put the pensions of 400,000 workers in crisis. Now, they’re demanding even deeper pension cuts to help company’s bottom line.

Teamster pension activists have a better idea. They have built a grassroots movement to demand that the Treasury Department reject the pension cuts and to push for pension reform legislation (including the Keep Our Pension Promises Act) that would save everyone’s pension without costing tax-payers a dime.

Brown has done enough damage already. The company should get behind the Keep Our Pension Promises Act—instead of continuing to attack workers’ pensions.