UPS pilots voted by more than 99 percent to authorize their union to call a strike against the company. The vote results were announced on Friday, Oct. 23 as contract talks with UPS and the Independent Pilots Association drag on. 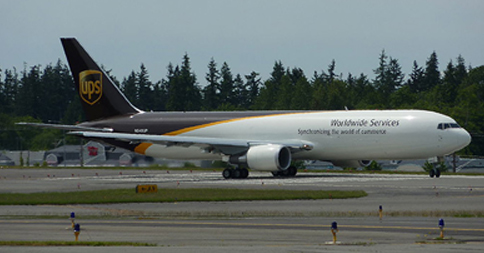 "UPS promises its customers on-time delivery, but after four years of labor negotiations, the company has failed to deliver a contract for its own pilots," said IPA president Robert Travis. "In a clear voice, UPS pilots have said they are willing to strike if necessary to finish the job.”

A major sticking point in negotiations is work rules to protect pilots from fatigue. Pilots want more time to rest between flights, with rules closer to what the Federal Aviation Administration has come up with for airline pilots. Other sticking points include pay, health care and retirement benefits.

Does this mean there will be a UPS strike at peak? Unlikely.

UPS pilots fall under the Railway Labor Act, an anti-labor law that rigs the rules of the game in favor of corporations. That’s one reason negotiations by the pilots have dragged on so long.

Even after five years of negotiations, the RLA allows a Federal Mediator to impose a 30-day cooling off period. After that, the mediator could release the union and UPS from mediation which would allow the pilots to strike or UPS to lock them out.

The Wall Street Journal reports that, “Federal authorities likely would hesitate before releasing the two parties from mediation, which would effectively allow a strike that could cripple the economy.” That’s an understatement.

The strike threat still gives the pilots leverage. Strike talk could cause nervous shippers to consider alternatives to UPS.

UPS and the IPA are scheduled to return to the bargaining table in November. Teamster members stand with them.