Teamsters United reports that UPS has a contract proposal on the table that gives the company the right to force package drivers to work up to 70 hours a week anytime they deem it necessary “to avoid service disruptions.” 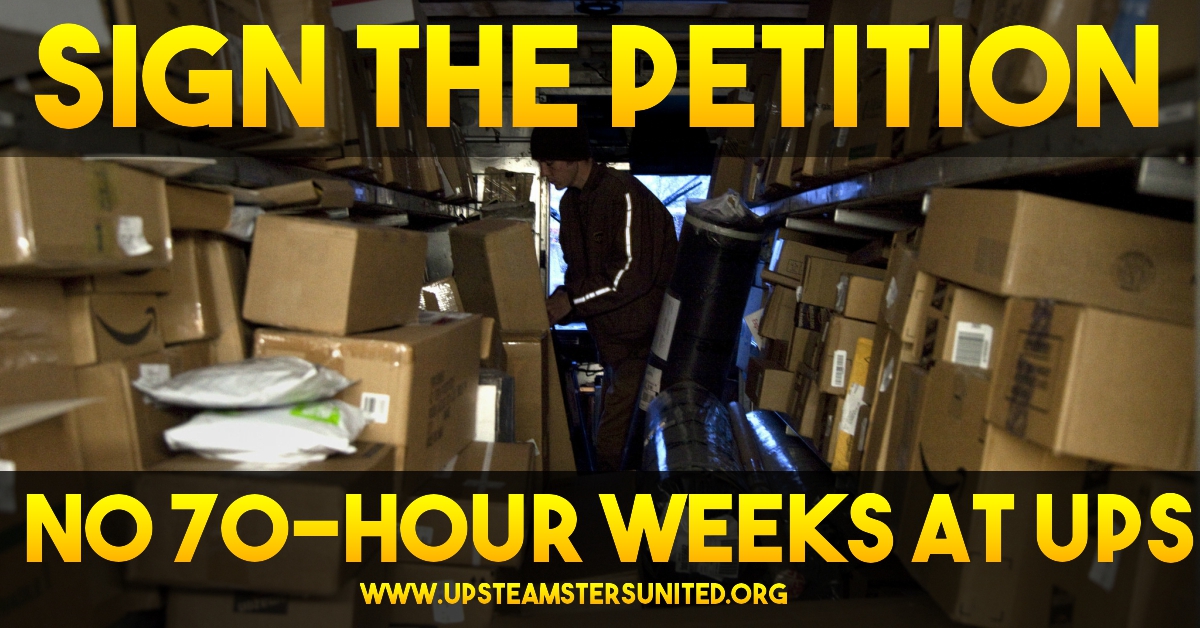 Under the language written by UPS, first, management would ask for volunteers. Then the company would force seasonal and non-seniority drivers. Then, the company can and will force seniority package drivers to work up to 70 hours a week. We can’t let that happen!

The union's contract proposal gives drivers the right to refuse to work after completing his/her 60th hour of work in any work-week.

The question is will Denis Taylor and the Hoffa administration hold their ground or will they let UPS get its way again.

When UPS unilaterally announced during peak last year that drivers in some areas would have to work up to 70 hours a week, Hoffa and the Package Division rolled over and let it happen.

At the bargaining table, Taylor agreed to weak language on the signature issues of 9.5 and harassment.

Schedule and work week issues will be on the table when negotiations resume.

UPS Teamsters need to demand that the International Union reject the company’s proposal to impose 70 hour work weeks. Any sixth punch or work over 60 hours should be voluntary, even during peak.

UPS is also proposing work weeks of four 10-hour days and three 13-hour days with no overtime after eight. The company wants to be able to schedule drivers any five in seven days. These concessions need to be rejected, too.

UPS Teamsters have the right to vote on the contract. If the Hoffa administration doesn’t reject UPS’s work-week proposals, then members need to be ready reject the contract.