UPS is threatening members in some areas that they have to approve their contract supplement or lose negotiated raises or pension contributions. But the company’s threat is a phony one. 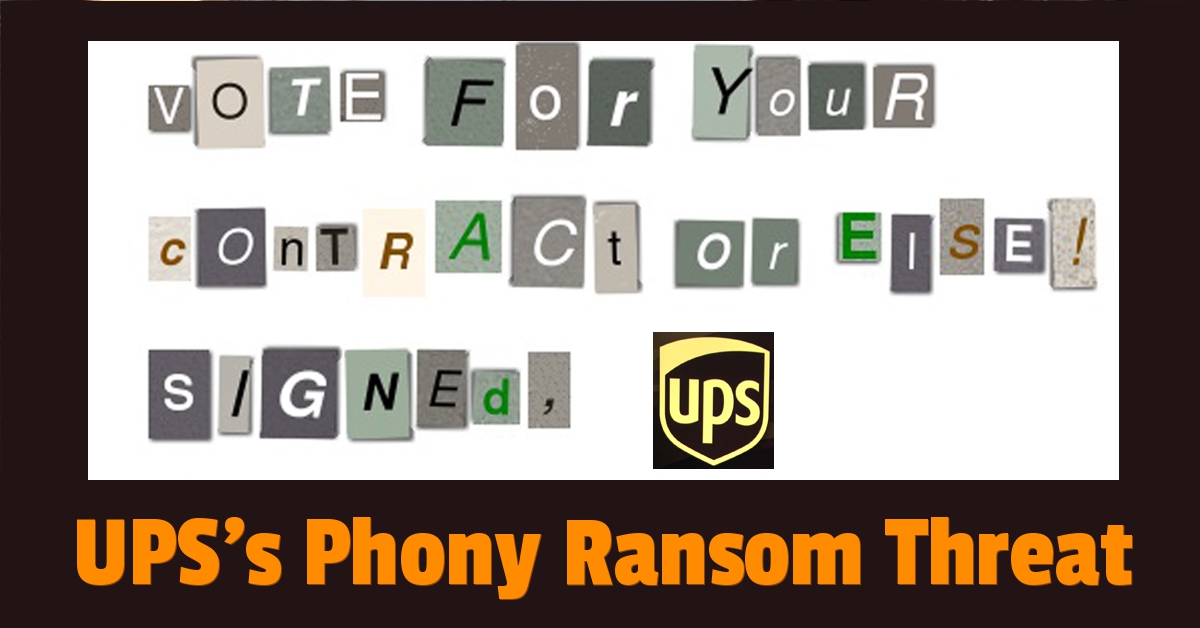 As part of contract negotiations, UPS has agreed to contribute extra money into pension plans that need it, including Upstate New York, Philadelphia, and Western Pennsylvania.

But there’s a catch. UPS says that members in these areas have to approve their supplement on the first ballot. Otherwise, management claims, the company will take back the pension money they agreed to in negotiations.

Some local officers are repeating the company’s phony threats. Local 623 officers passed out their own ransom note, telling members that if they Vote No to reject the supplement on the first vote, then members will have to divert part of their wage increases into the pension fund.

Members should see this for what it is: an empty threat.

We know because the company has tried it before. In 2008, UPS told New York Local 804 members that their pensions would be cut unless they voted to approve an offer that diverted part of their wages and eliminated 25 & Out pensions for new hires.

Local 804 members called the company’s bluff and Voted No. The company immediately backed down. UPS agreed to put extra money into the pension, eliminated the wage diversion, and kept 25 & Out pensions.

Why? Because UPS knew that increasing its offer was the only way to get a rejected contract passed. What was true then is true now.

In each supplement, members need to evaluate UPS’s contract supplement offer on its merits. But, members should ignore UPS’s phony ransom threat.