UPS made an astonishing $2.8 billion in operating profit for the first quarter of the year, shattering all-time records and beating Wall Street projections. 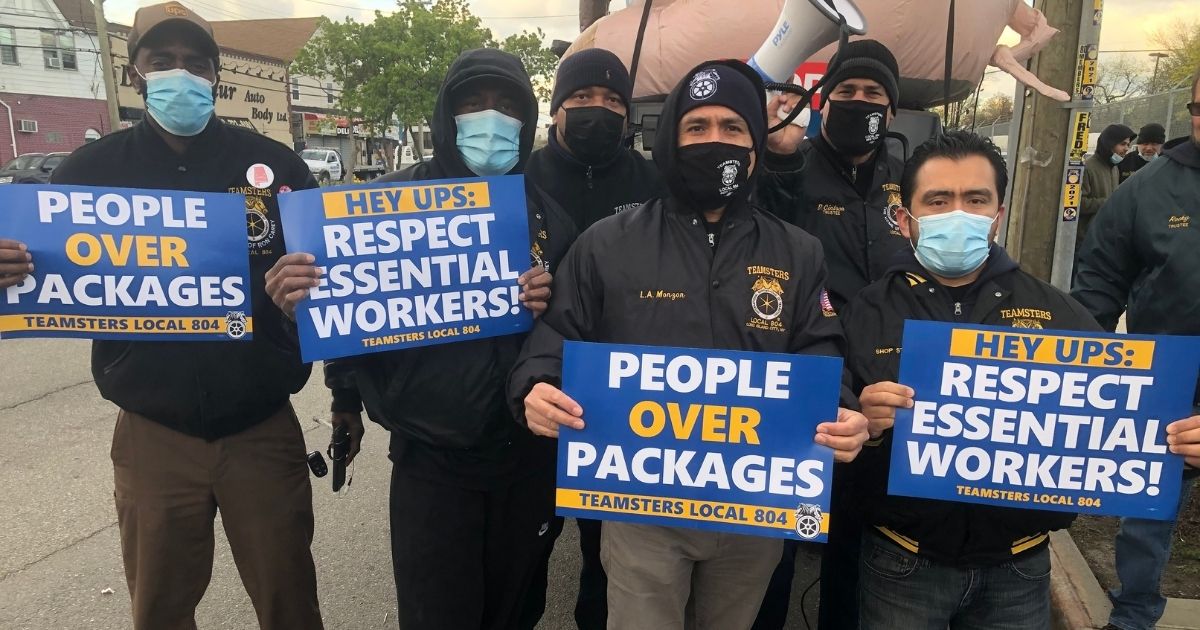 Revenue was up 27 percent to $22.9 billion. Profit was up a whopping 164 percent over last year’s first quarter. If it feels like you’re being squeezed harder by the company, it’s because you are.

International profits were up by big margins too. But Teamsters continue to be the driving force and cash cow for Big Brown.

While UPS cashes in on the pandemic, management treats essential workers like we’re disposable.

In Philadelphia, UPS management forced a Teamster who was injured on the job to sit for four hours with broken bones in her arm and wrist.

In New York, UPS management fired ten part-timers without warning, including two women who are eight months pregnant, when they punched out after working five hours. None of the members were asked to stay overtime. They were fired without warning when they arrived for their next shift.

New York Local 804 and Philadelphia Local 623 rallied wide public support and political leaders have joined Teamsters and other union members to hit back at UPS.

Across the country, anger is growing at harassment, unfair discipline, and the givebacks from the last contract like two-tier 22.4 driver.

UPS Teamsters have delivered record profits in a global pandemic. We’re coming together to demand what’s ours.