UPS Teamsters in metro New York have won a $1.29 million class action lawsuit settlement against UPS for illegally deducting money from employees’ paychecks and giving it to United Way.

“This was a union member-led fight. They blew the whistle, filed a class action lawsuit, and won,” said Teamsters Local 804 President Vinnie Perrone. 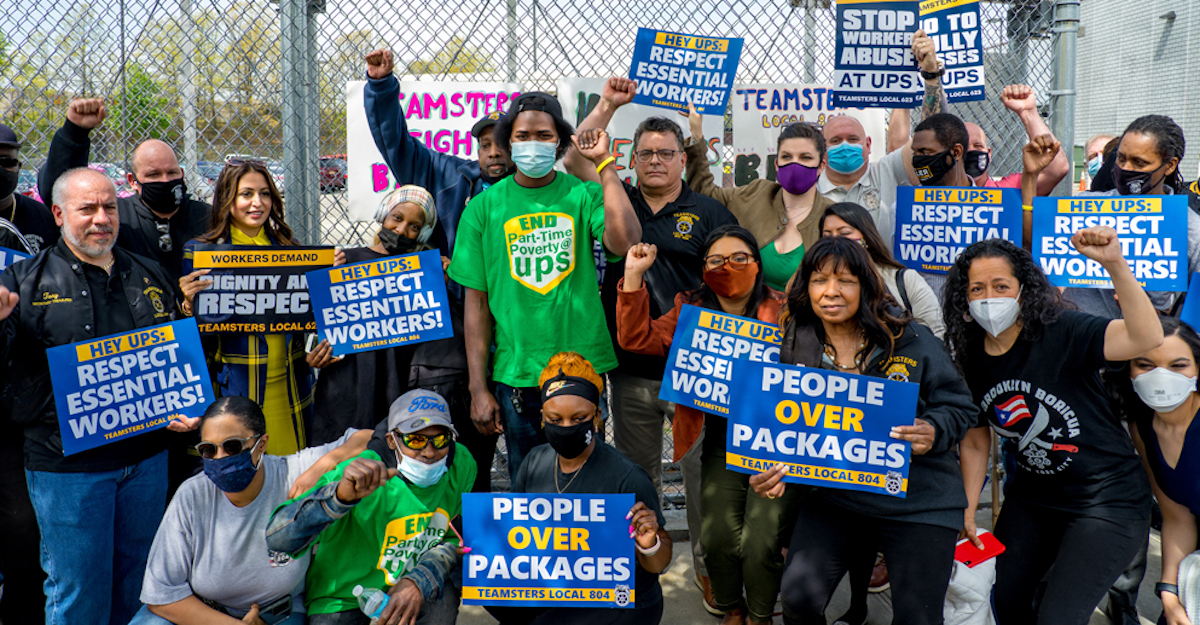 Under the settlement, United Way gets to keep every penny of the money that was donated.

But UPS has to reimburse 6,000 Teamsters up to $1.29 million for unauthorized paycheck deductions.

Any settlement money that is not claimed by UPSers will be donated to charity.

How UPS Broke the Law

But managers repeatedly and systematically failed to keep written records or get members’ approval.

Their actions violated New York state law which requires that all payroll deductions be voluntary and authorized in writing.

Members were represented in the lawsuit free of charge by attorneys Nathaniel Charny and Ben Dictor who also represent Local 804.

If you have evidence that UPS management has committed similar violations with unauthorized payroll deductions to United Way where you work, contact us.