UPS workers are organizing grassroots contract unity actions to demand that UPS deliver a fair contract or face a contract rejection and possible strike by more than 260,000 employees. 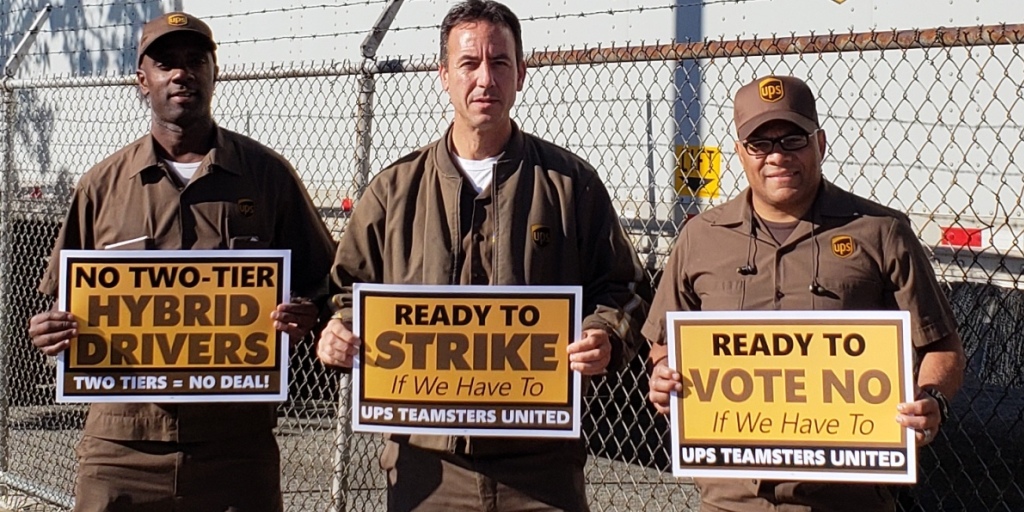 Drivers and package handlers voted on June 5 by more than 93 percent to authorize a strike at UPS. As contract negotiations resume from June 18-21, UPS workers are organizing contract actions at more than 50 UPS locations.

UPS made $5 billion in profits last year. But in contract negotiations, the company is demanding givebacks, including a proposal to create a two-tier wage system that would allow UPS to pay new drivers as little as $15 an hour. Current full-time drivers earn over $36 an hour.

UPS workers will rally against the new two-tier wage scale for drivers and other problems at the package delivery giant, including harassment, excessive overtime, a proposed rule to allow UPS to force drivers to work up to 70 hours a week, and part-time poverty wages.

UPS workers are demanding $15 starting pay for part-timers and catch-up increases to keep current part-timers well above the starting rate. The company is proposing $13 starting pay, which is below the minimum wage in many urban areas, and no catch-up raises.

UPS Teamsters United is a grassroots campaign. The rallies are being organized independently of the Teamsters Union leadership which has come under fire for discussing contract concessions.

Any contract offer agreed to by the Teamsters Union and management has to be put to a vote of union members.

UPS Teamsters United is organizing the contract unity actions to send the company the message that UPS workers are Ready to Vote No and Ready to Strike if that’s what it takes to defeat givebacks and win a fair contract.