UPSers Take Action After the Vote No Telephone Town Hall

More than 5,000 UPS Teamsters participated in a Vote No Telephone Town Hall to discuss the proposed deal, make plans to defeat givebacks and win a better contract.

The call brought together UPSers and Teamster officers who are urging a No Vote. Click here to listen to a recording of the Telephone Town Hall.

Members will vote on the proposed contract by electronic balloting in September. The contract vote will be done by electronic voting in September. You will be mailed a ballot packet with a secure PIN to vote online or by telephone. You will use the same PIN to cast separate votes on the national contract and your supplement (and rider if applicable). Update your address with your local union so that you receive your ballot packet and PIN.

The vote may be in a few weeks, but Vote No organizing is underway right now. Here's how you can help.

Vote No bulletins explaining the contract givebacks are available from UPS Teamsters United. You have the right to distribute this information in non-work areas (parking lot, break areas) at non-work times (before or after your shift, while you're on break). 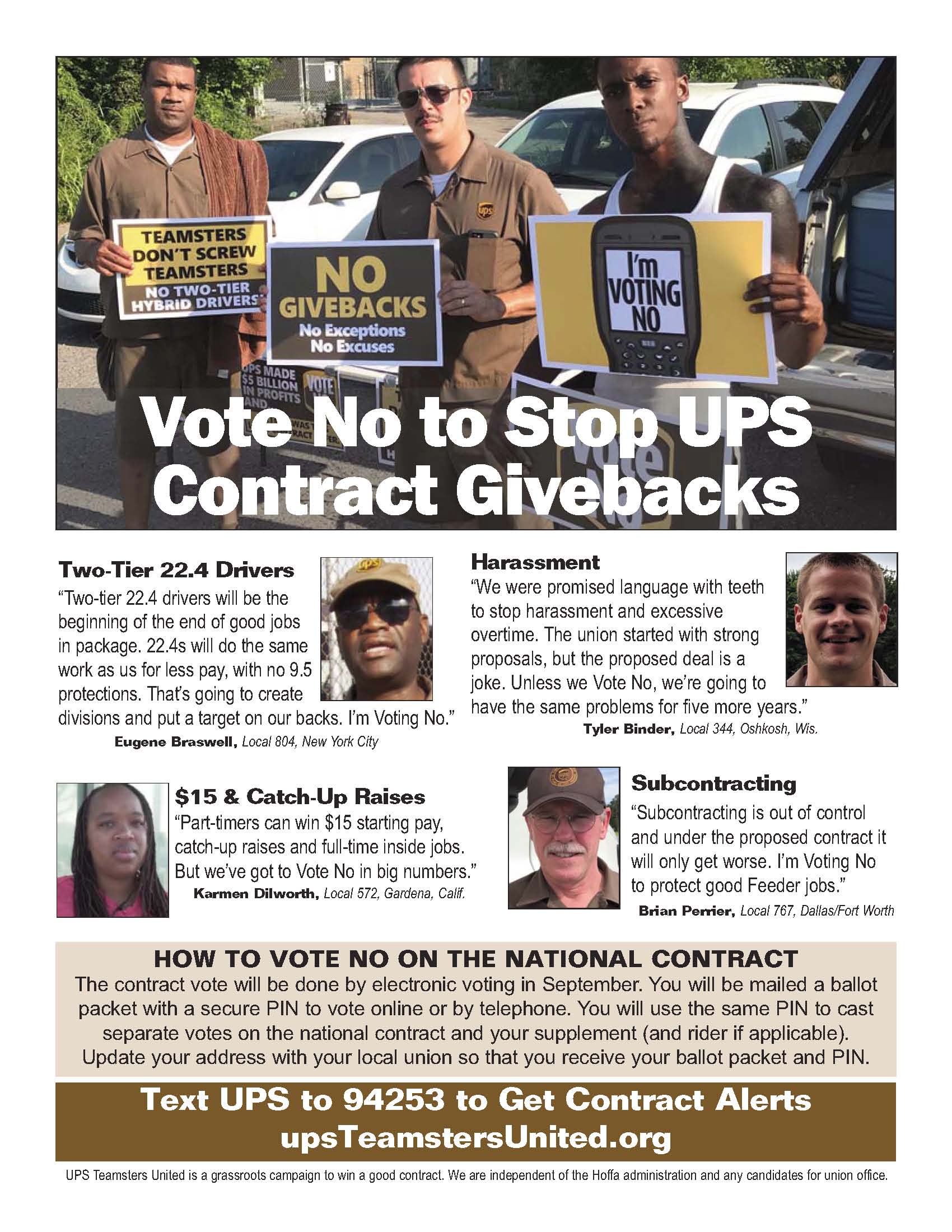 Order Vote No contract signs from UPS Teamsters United. You can post signs in your car windshield, use them for a parking lot meeting or a rally, or ask members to take a photo with signs and post it on social media. 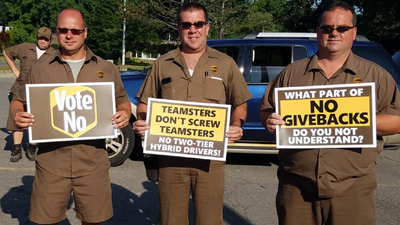 If you want to help defeat contract givebacks, we want to hear from you! We can get you the information and materials you need and put you in touch with other UPSers who oppose the contract. Give us a call at 718-693-0400.

Click here to get involved as a Vote No volunteer.