What would the “Promises Act” mean for Central States Teamsters?

The Keep Our Pension Promises Act, introduced in the US Senate and House would keep promises made to over 200,000 Teamster retirees as well as to working Teamsters who retire in the future. 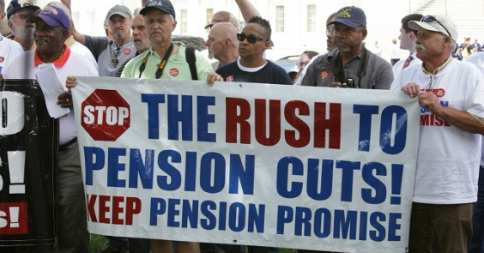 That’s why Teamsters and retiree committees are mobilizing – along with other unions, the AARP, and pension advocates – to back it.

Read the Pension Rights Center’s summary on how the Promises Act Would Save the Central States Fund.

The Pension Rights Center also has an explanation of how the Pension Promises Act would work.

The IBT has endorsed the bill, which is a good first step. But Hoffa is not yet putting Teamster political muscle behind it. We call on all Teamster leaders – and the Teamster trustees of the Central States Fund, to support our retirees, our future, and keep our pension funds strong and viable.