Whose Side Are You On? 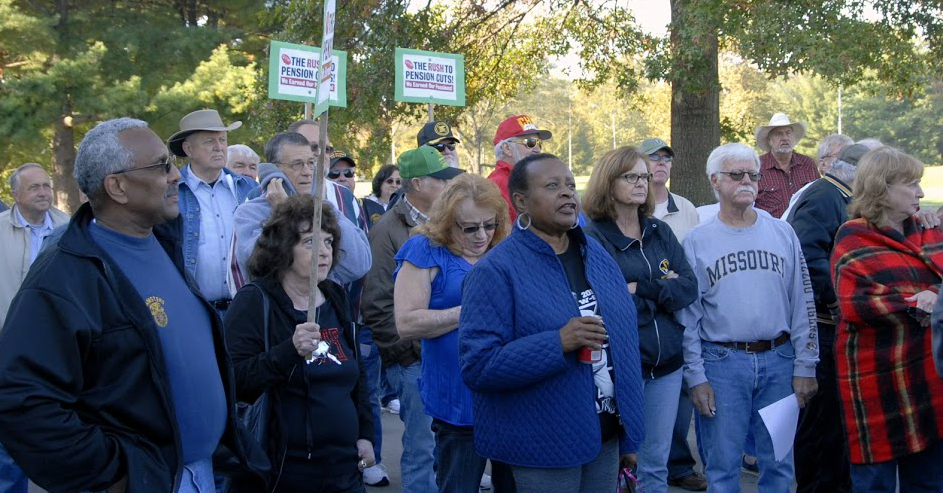 We voiced our outrage over proposed Central States benefit cuts that amount to the outright theft of promised benefits. We called on Local 41 leaders to break their silence and stand with members in defending our retirement security. We called for the following: an open and honest dialog between officers and members; access to the union meeting hall for organizing the fight; support for a truly independent audit of the Fund; and support for a demand for the resignation of Central States Pension Fund Executive Director, Thomas Nyhan and fake retiree representative Susan Mauren.

We got a good reception at the union meeting to follow, and the officers of Local 41 voiced support for our work.

The Missouri--Kansas City Committee to Protect Pensions is leading the fight to inform and mobilize to defend hard-earned pensions. We are taking it to the streets on Saturday, October 17, in a 3:00 p.m. rally on the Country Club Plaza, at the J.C. Nichols Fountain in Mill Creek.

We are reminding everyone that if they can steal the pensions of Teamsters, that will open the door to pension attacks on a much larger scale.

Wake up America; whose side are you on?