Albertson's Management has its Way with Tony Andrews

Oregon Teamsters are fighting a corporate giant and the president of our own Joint Council, Tony Andrews, who seems to be in bed with Albertson’s management.

Here in Oregon we are in a fight to preserve union standards and benefits in the grocery distribution industry. With the consolidation of Albertson’s and Safeway, we are fighting a corporate giant and the president of our own Joint Council, Tony Andrews, who seems to be in bed with Albertson’s management.

We are drivers in Local 162, warehouse workers in 206, as well as Local 305 members working together to protect decades of unionism and our good contracts. Meanwhile Tony Andrews is trying to pull us down to the lowest level of his Local 305 contract with Albertson’s, and even worse.

We have petitioned, we have rallied at the joint council, and packed union meetings. It is my duty as a union member to stand up and call out injustice, and I’m not alone.

Tony Andrews has been perched upon his throne for the better part of 30 years now. He has brought industry standards down to such a low point that if you so much as mention his name to one of us out here, you will hear laughter, followed by muttering and cursing. He has brought disrepute upon himself and this great union through his corruption and lies.

We are proud to stand up for our union and our rights. Win or lose, we are Teamsters. 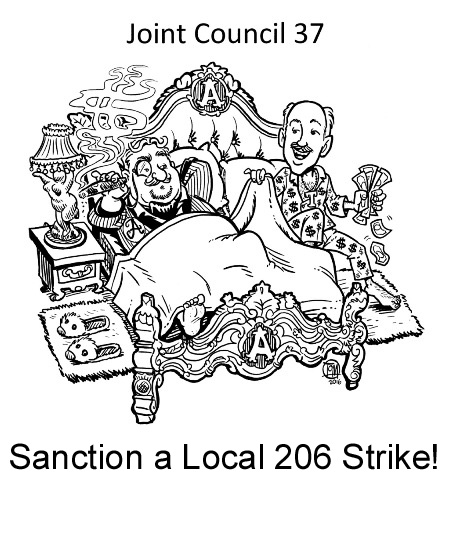