HOW HOFFA-HALL FEEL WHEN A MEMBER ASKS A QUESTION

UPDATED: On September 28, the Election Supervisor ruled against the Hoffa-Hall protest, noting that the member did not touch, threaten or even raise his voice to Hall, but merely asked him about health care concessions, while Hall walked away without answering. 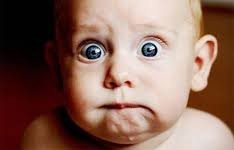 Ken Hall and International vice president John Murphy feel “intimidated” if a Teamster member points a cell phone camera at them!  No wonder Hall cannot stand up to UPS, if a lone Teamster with a cell phone gives him a fright!

Their fear was reported by David Hoffa (that’s James Hoffa’s son) who filed a protest which states that a rank and file Teamster pointed a camera phone at them on the sidewalk, while asking Hall questions about health care cuts. The protest states that the member should be punished and enjoined because the camera “had an intimidating effect” on Hall and Murphy.

We will report the outcome of Hoffa's protest -- and Hall's fear -- as it is available.