The Butch Lewis Act to protect earned pensions was introduced at a press conference today, with the entire Democratic caucus in Congress lined up in support. Now the challenge is to continue the grassroots mobilization and lobbying effort to build bipartisan support for pension protection. 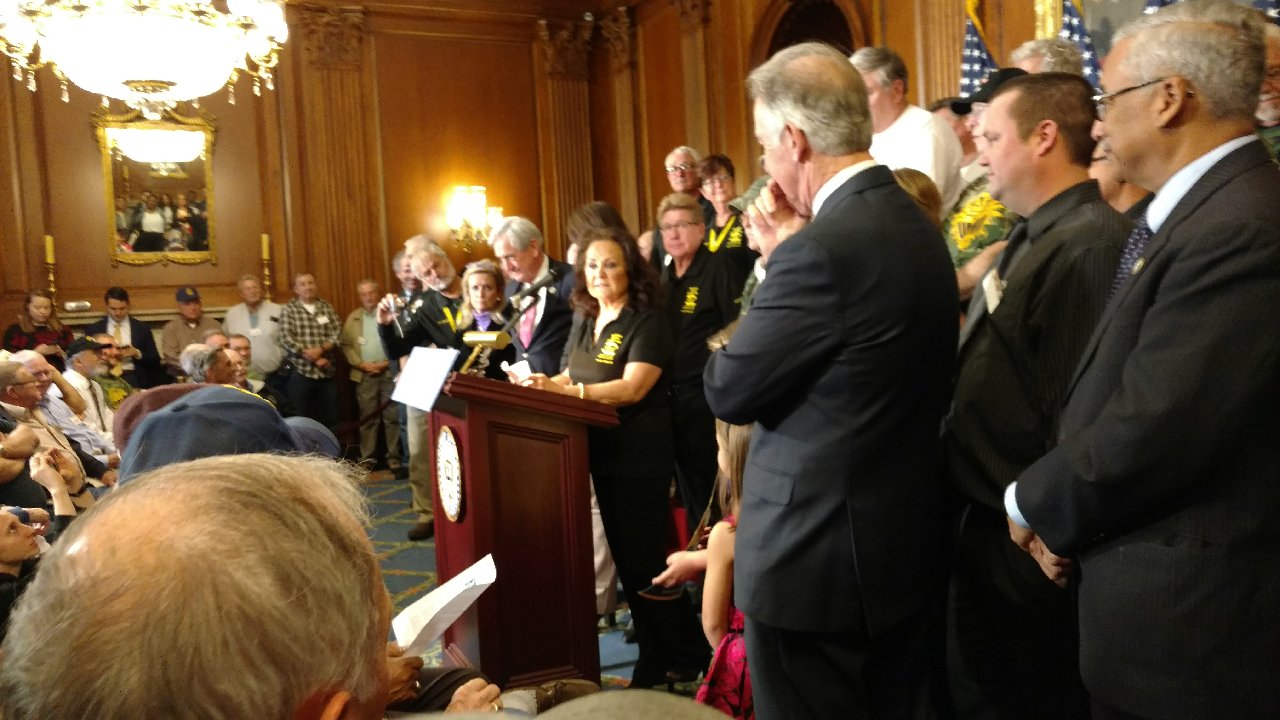 At the press conference, Senator Tammy Baldwin (D-Wisc) credited the “citizen lobbyists” of the pension protection movement for the support the bill enjoys. She stated she had traveled to pension meetings expecting a handful of people, and found hundreds on hand, determined to protect pensions.

The press conference featured Rita Lewis, the widow of Butch Lewis, who passed away in December 2015, fighting for pension justice to his last day.

The long-time sponsors of the Keep Our Pension Promises Act (KOPPA) such as Senators Sherrod Brown, Tammy Baldwin, and Congresswoman Marcy Kaptur (D-Ohio) spoke, as did the Democratic Congressional leadership, with Nancy Pelosi pledging full support for “no cuts” in earned pensions.

It is a tribute to the pension protection movement that “no cuts in earned pensions” and “keep our pension promises” are widely supported.

Continued grassroots mobilization and lobbying are key to making pension protection a third-rail issue that draws bipartisan support. Building visible support for the legislation is crucial. Organizing meetings, rallies, and delegations to Congressional home offices will show the breadth of support for no cuts to promised pension benefits.

The Minnesota Support Our Pensions Committee has planned a rally for Saturday, December 2. The National United Committee to Protect Pensions is organizing lobbying efforts in Washington and in home districts for December.

Now is the time for all-out support to protect pensions. There is no time to lose.