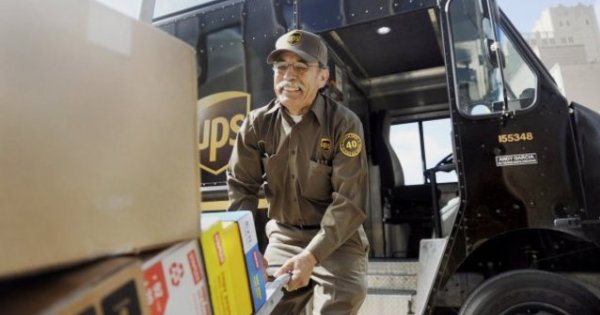 Fed up with harassment and givebacks, UPS Teamsters flooded the IBT with thousands of contract proposals. The proposals were sorted, put in binders, and given to the Negotiating Committee for review on September 25. 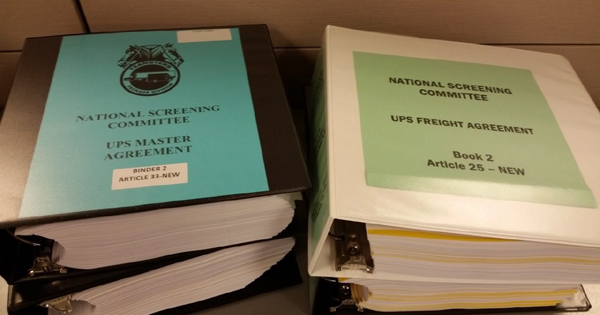 Members sent in changes touching on every article in the contract—but the biggest number focused on clear priority areas, including:

The Devil’s In the Details

Multiple and competing contract proposals were submitted on many of these issues, and the devil will be in the details.

Should drivers have the right to refuse excessive overtime and return to the building after a 9.5 or 10-hour day?

Should the “dishonesty” loophole in Article 6 be amended, or should it be or eliminated altogether?

The UPS National Negotiating Committee discussed these and other details. But contract proposals were not finalized.

The signature issue of harassment, and how to deal with it, was left a wide open question.

UPS Teamsters stand united. The volume and focus of the contract proposals make that clear.

But will the Hoffa administration finally make a united stand against UPS?

But Hoffa appointed Denis Taylor to head up contract negotiations, and refused to even put Zuckerman on the National Negotiating Committee. Zuckerman leads one of the largest UPS locals in the country and represents over 10,000 Teamsters at UPS.

On October 17, the IBT will hold a “two-person” meeting with officers from every UPS local to finalize the union’s opening bargaining proposals.

It will be up to members to hold Hoffa and Taylor accountable. That starts with insisting that our union adopt the strongest possible bargaining demands.