Teamsters Call Out Congressman for Lack of Support

On March 17, nearly 50 retired and active Teamsters rallied outside the Jackson, Michigan congressional office of Tim Wahlberg (R-MI) to expose his lack of response in the call to defend his constituents’ retirement security. 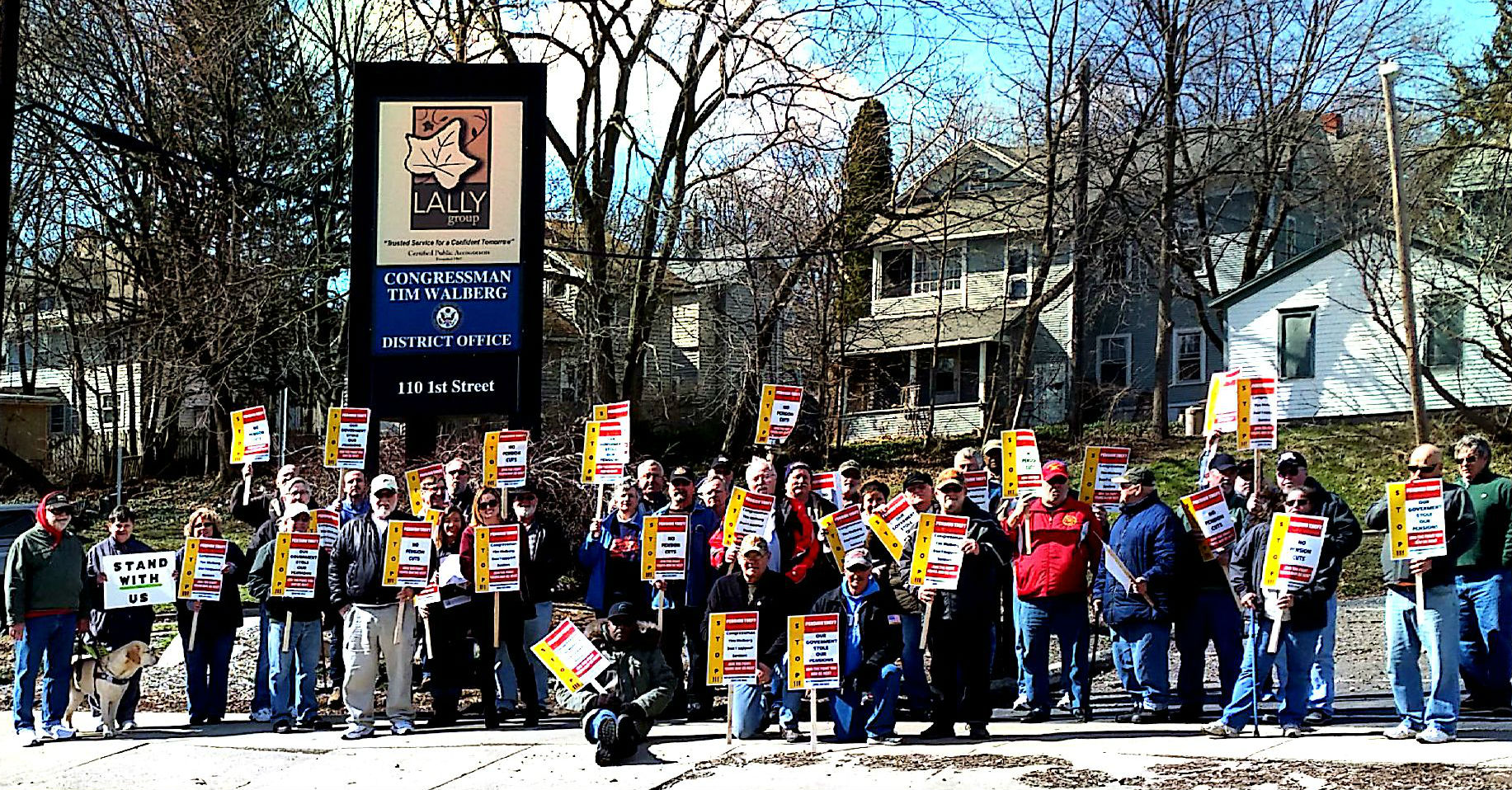 Many of these Teamsters had raised the pension issue with Wahlberg at town hall meetings and in emails and letters over the past year.

“Wahlberg has gone back and forth with us and has yet to take a stand against the cuts,” stated John Wilkinson, a retired Holland Teamster. “We decided to go public and expose his lack of support. We got some good local media coverage to make voters in the district know where he stands when it comes to protecting our hard-earned retirement.”