The Push is On for Butch Lewis Act

Today, at a press conference held in Washington D.C., Mike Walden, president of the National United Committee to Protect Pensions (NUCPP), reminded the assembled press and Congressional staffers, Senators and House Representatives, delegations of Teamsters and Mineworker retirees, of Butch Lewis’s remark, “A promise is a promise is a promise.” It’s that promise that this movement has grown to defend. And it’s happening loud and strong as we reach for the new law that will protect that promised retirement security. 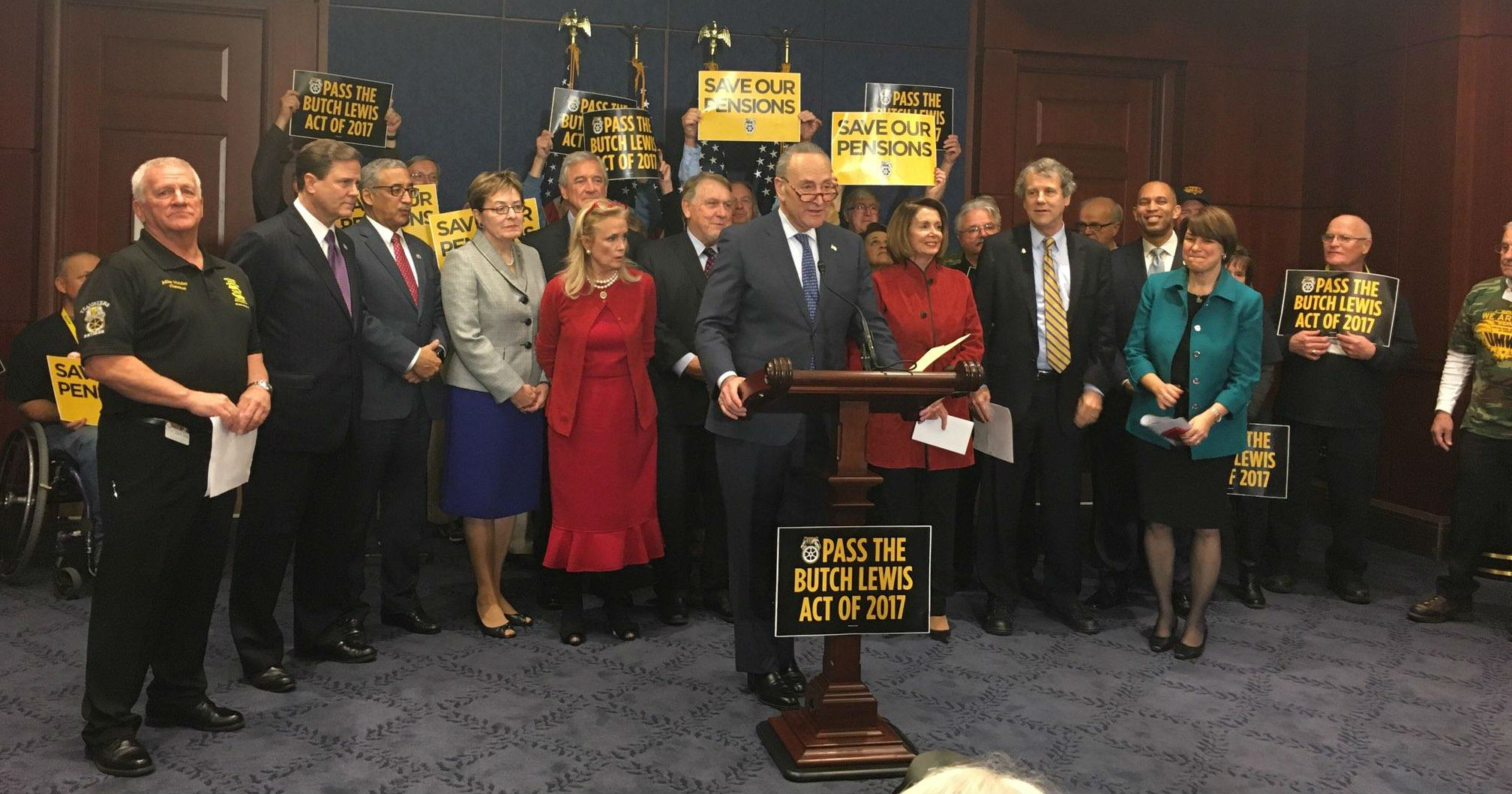 Retirees, Teamsters and our allies in the Mineworkers and beyond are continuing to work the halls of Congress this week. Delegations have been visiting the offices of both Senators and House members with a full court press to get the Butch Lewis Act passed by the end of the year. Efforts are being made to get the bill attached to the omnibus spending bill.

The NUCPP asks that Teamsters and other supporters call home district offices and ask for support for the Butch Lewis Bill. The Minnesota based Save Our Pensions committee organized a phone bank last Sunday and made over 500 calls to active and retired Teamsters asking them to make calls to their Senate and House local offices. It’s time to make your calls today!