Just as the Central States Fund has proposed drastic cuts for retirees and active Teamsters, the fund execs gave themselves raises. The contrast is sickening. 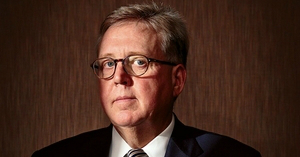 Greg Smith, a retiree active in the Northeast Ohio Committee to Protect Pensions, compiled the list and told us “These people are so arrogant they can take nice raises while sending Teamster retirees into poverty.”

Click here to get involved in the fight to save our pensions.