10 Reasons to Vote No

UPSers are reviewing the proposed UPS contract. Here are ten reasons members say they will Vote No. 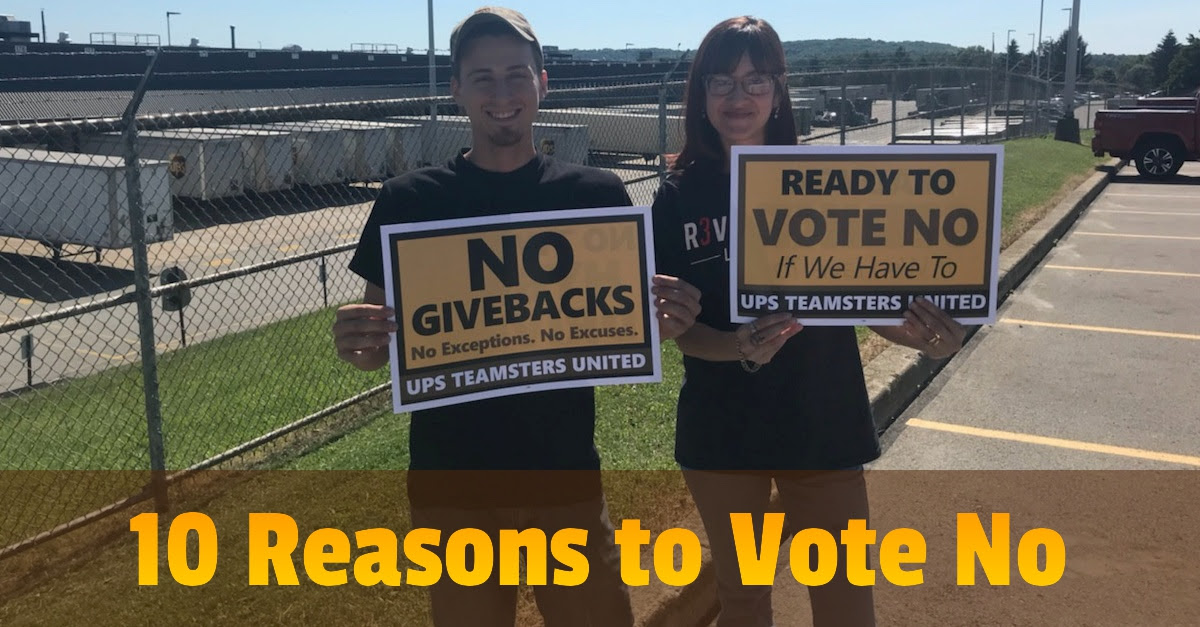 Two-Tier 22.4 Hybrid Drivers
The deal lets UPS hire 22.4 Drivers to do the same work as package drivers, plus work weekends, for less money and no 9.5 rights. Teamsters will be trapped in these substandard jobs for years. All drivers’ rights will be undermined by this giveback.

Harassment
UPS will not pay any financial penalty if you win a harassment grievance. The only exception is for grievances that are decided at the national level. This can take years, and even then, UPS could pay no penalty when it’s found guilty of harassment.

Excessive Overtime
The 9.5 system is broken and this deal does not fix it. You still have to file a grievance and put a target on your back to get paid. The penalty is unchanged and UPS will not be forced to adjust your route. Instead of fixing 9.5, this contract lets UPS shift overtime to underpaid 22.4 drivers. Screwing other Teamsters is not a union solution to the problem of excessive overtime.

40-Hour Guarantee Eliminated
UPS can lay off drivers on Mondays if “no work is available” because of weekend deliveries.

Poverty Wages for Part-Timers
Tens of thousands of part-timers will be stuck at or near the $13 starting rate. Part-timers were promised a starting rate of $15 and catch-up raises for current employees. This doesn’t come close.

No Real Full-Time Jobs
The only way for a part-timer to go full-time under this contract is to deliver ground packages on the weekend for substandard wages. There will be no new full-time combo jobs because a loophole lets UPS count 22.4 jobs toward the 5,000 jobs we were promised. This is a trick and a sellout.

More Subcontracting in Feeders
This deal gives UPS the green light to unlimited subcontracting of all work they take off the rails in exchange for a promise by management to train more feeder drivers over the life of the contract.

Say No to Givebacks
UPS is making $6 billion in profits. We should be winning improvements, not making givebacks.

Print and pass out this Contract Update to other UPS Teamsters. 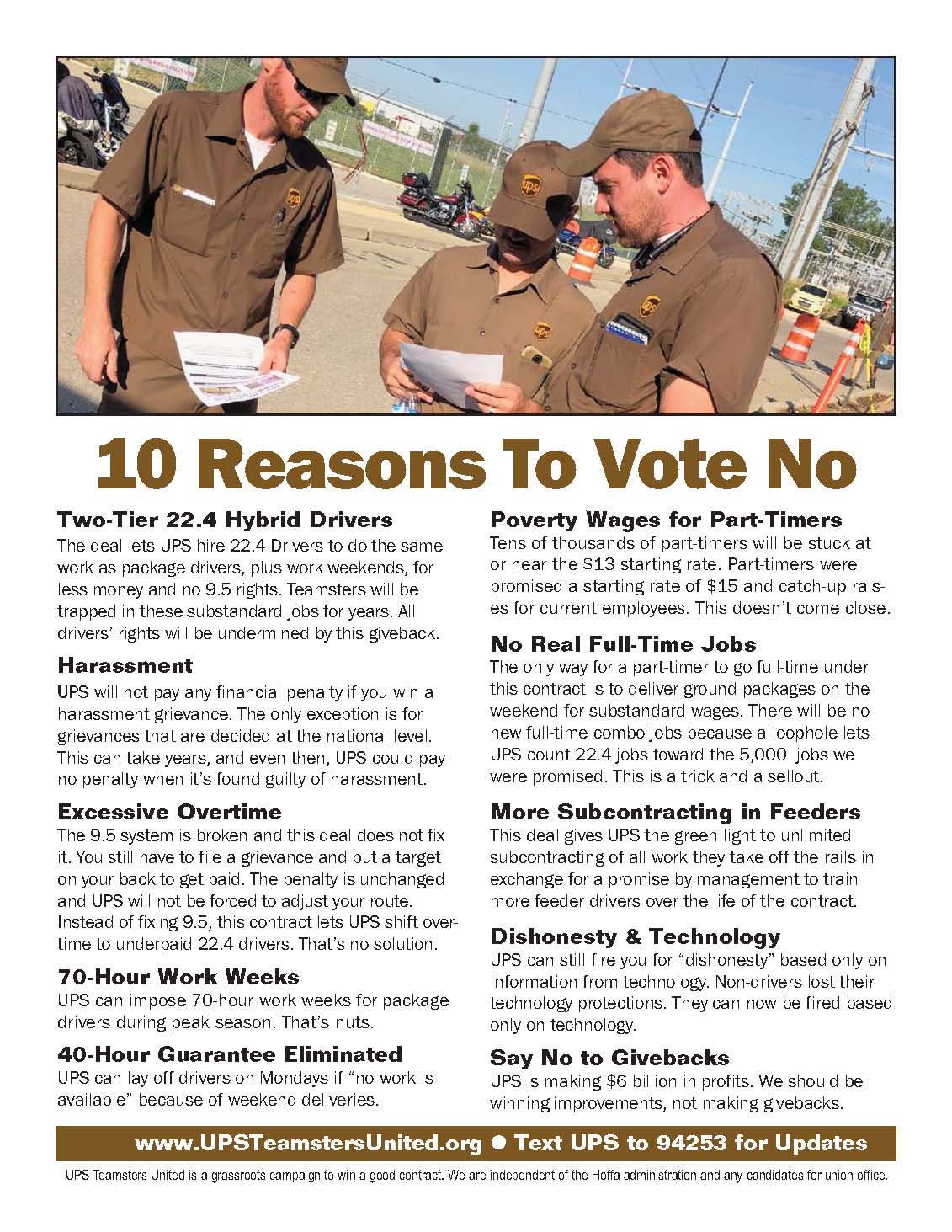