Teamsters who work for the major retail Southern California grocery chains have given a 72-hour strike notice, as bargaining continues toward today’s deadline, and perhaps beyond it if no settlement is reached.  The 4000 warehouse workers and drivers work for Kroger (includes Ralphs and Food4Less) and Albertsons (includes Vons and Pavilions). 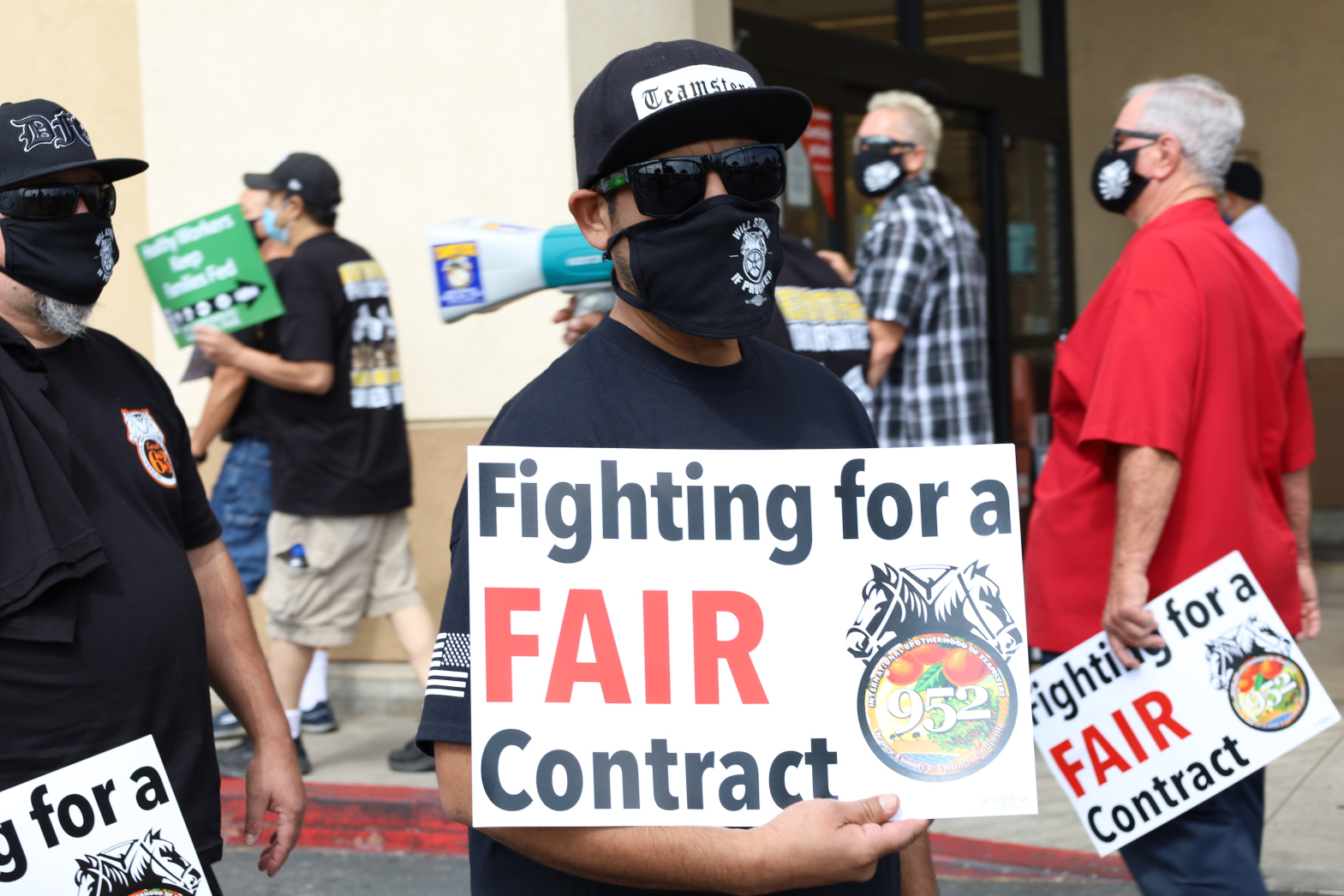 These grocery giants are making record profits in the pandemic, and are vulnerable to a strike. Their Teamster employees have worked hard moving food and essentials, and hundreds have contracted COVID-19.

The issues include wages, benefits and working conditions.  A competing grocery chain, Stater Bros, settled early this week for a $4 per hour bump over five years (front loaded with a $2 in the first year), and a $2.27 per hour increase to the pension plan.  The Kroger and Albertsons members will not settle for less. 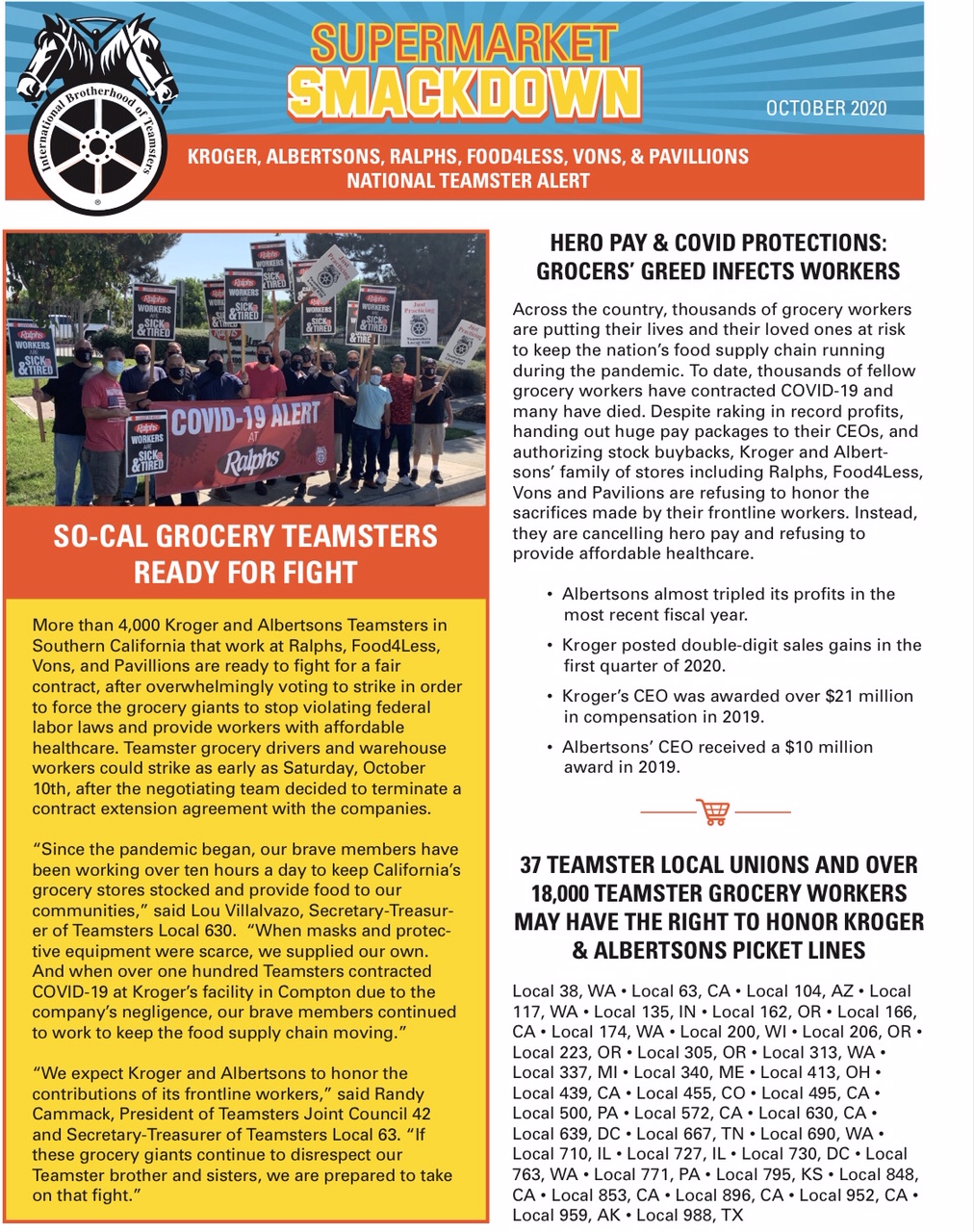