Nearly 40,000 strikers have defeated Verizon’s concessionary demands and won a huge victory against corporate greed. TDU members are proud to have honored the picket lines and stood with our brothers and sisters in the CWA and IBEW. 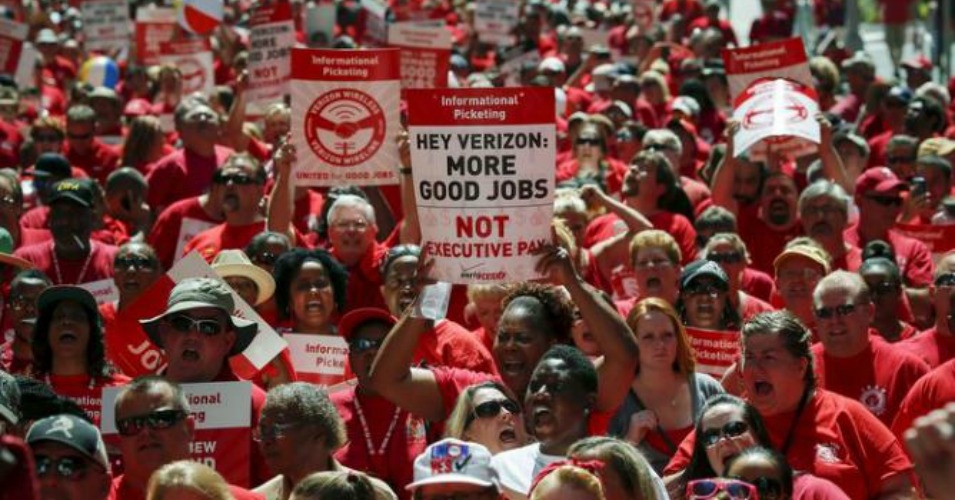 After 45 days of the largest strike in recent history, Verizon strikers members achieved their goals. They defeated the company’s demands to outsource good jobs, cut pensions, and be able to forcibly transfer employees anywhere in the company’s footprint.

Instead of eliminating union jobs, the new contract requires the company to create 1,500 more union jobs.

The strike also won the first contracts ever at Verizon wireless stores. The challenge now will be to organize and build the union across Verizon Wireless.

The Verizon strike shows that when we fight, we win. It’s time to restore this fighting spirit to our own International Union.

You can read more details about the contract victory here. United, we win!