TDU is at a crossroads. Last year, the reform candidate for General President won the majority of the vote in the U.S. TDU is building a movement to finish the job. 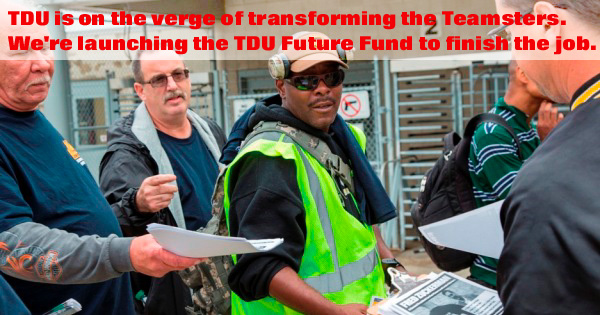 We’ve launched the TDU Future Fund to raise $150,000 to enable TDU to transform the Teamsters Union through progressive grassroots organizing.

We are asking TDU supporters and the many activists who have been inspired by TDU and touched by Ken’s work to donate to this special appeal.

Click here to learn more about our campaigns and the TDU Future Fund.