Arbitrator Waters Down 9.5 Rights at UPS

UPS drivers’ rights were watered down when the IBT lost an important arbitration decision on 9.5 protections against excessive overtime. 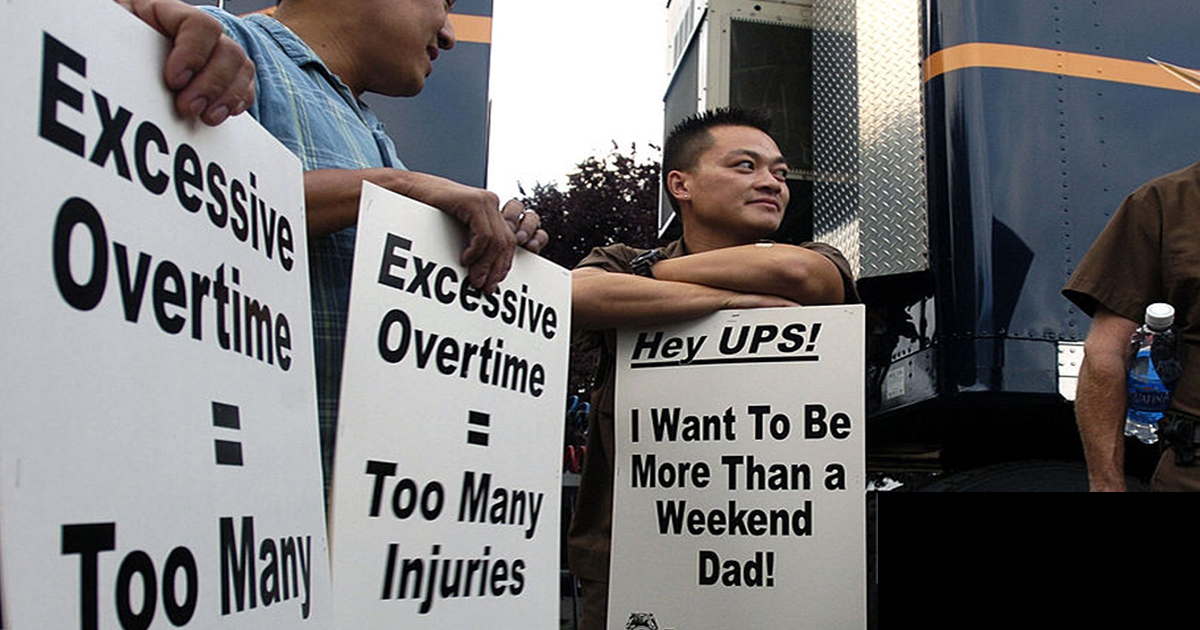 But after an arbitrator sided with the company in a case that deadlocked at the National Grievance Panel, UPS management is now claiming it doesn't owe 9.5 penalty pay unless it “continually” violates a drivers' 9.5 rights.

The company is already taking advantage of the decision to stonewall and deadlock legitimate 9.5 grievances.

Siding with the company, Arbitrator Paul Glendon seized on a single word in Article 37 and ruled that UPS did not owe penalty pay to a driver on the 9.5 list because his 9.5 rights were not "continually" violated.

What does "continually" mean? UPS argued that management has to repeatedly, frequently or constantly violate 9.5 to trigger penalty pay. The arbitrator didn't accept management's definition, but he didn't offer one of his own either.

Instead, criticizing the “inherent ambiguity” of the language, the arbitrator ruled only that a St. Louis Local 688 driver whose 9.5 rights were violated in a single week months after he got on the 9.5 list “was not continually worked more than 9.5 hours . . . by any stretch of any reasonable person’s imagination.”

Future 9.5 violations will have to be argued on a case-by-case basis.

In making his ruling, the arbitrator faulted Ken Hall for accepting the company’s verbal assurances at the bargaining table, instead of negotiating protections in writing.

Stewards and members need to be prepared.

The best way to win 9.5 penalty pay is to document repeated 9.5 violations and show management did not make a sufficient effort to get your workload under 9.5.

That means keeping good records and filing grievances whenever you work more than 9.5 hours three times in a week.