Hoffa’s Freight Division director is out. Will Ken Hall be dumped from the Package Division next? 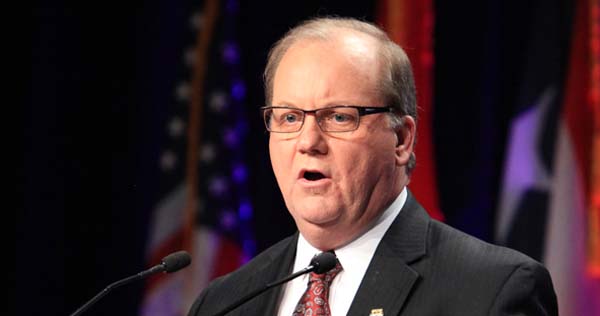 Ken Hall stopped receiving benefits and salaries from any IBT affiliates when he was elected General Secretary Treasurer in 2012, in accordance with the Teamster Constitution. But for reasons unknown, he recently collected severance from Joint Council 94. He may need the cash to cover his legal expenses.

Hoffa and Hall spent members’ dues money to stonewall corruption investigators—and Hall faces obstruction charges as a result. He will have to use his own money, not our dues, to pay for his costly legal defense.

Hall has not publicly resigned as President of Local 175, but rumors are swirling that he is on his way out as the head of the Package Division and the IBT’s lead negotiator at UPS and UPS Freight.

Hall is reportedly lobbying for Local 25’s Sean O’Brien to take his place and negotiate the next UPS contract, with Hoffa less than warm to the idea.

The reports are unconfirmed, but you can see the logic. UPS and UPS Freight Teamsters overwhelmingly backed Fred Zuckerman and Teamsters United over Hoffa-Hall in the election.

Hall led the contract negotiations with O’Brien in charge of the supplement negotiations. Neither Hoffa nor UPS management can have much confidence in their ability to get a contract through this time.

UPS and UPS Freight Teamsters don’t want Ken Hall negotiating our next contract—and we don’t want him as our General Secretary-Treasurer either.

Hall should do the right thing and resign. At a minimum, he should take a leave from all IBT positions until the corruption charges against him are resolved.

Hoffa and Hall spent millions in our union dues to obstruct corruption investigators and withhold documents and incriminating evidence until after the International Union election.

Their actions violated Election Rules and federal law. The Election Supervisor should order a rerun election and give members the chance to decide if Hoffa and Hall stay or go.