The Brotherhood of Maintenance of Way Employes Division of the IBT held their Convention this week. Contested leadership elections and heated floor debates on reforms led to mixed results. 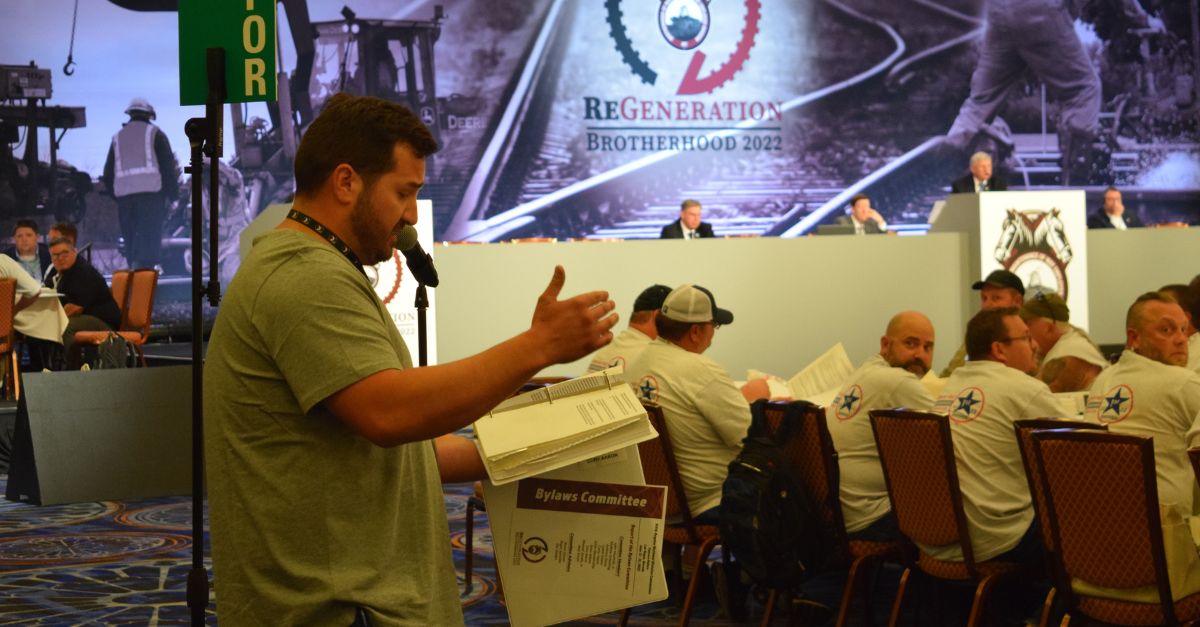 At the Convention, delegates vote on Bylaw changes that decide how the union is run, and elect National Division officers.

Delegates from the BMWED Rank and File Power Caucus, a network of rank-and-file members fighting for more accountability and member power in the BMWED, proposed a series of amendments to the BMWED bylaws.

Several important reforms were passed, including: requiring rank-and-file members on all bargaining committees, and the right of any member in good standing to review the minutes of the National Executive Board meetings.

A proposed amendment for one-member one-vote direct election of National Division officers to replace the current delegate system was voted down.

Teamsters won direct one-member, one-vote elections of top International Union officers in 1991. This was a key reform that gave members a voice in their top leadership.

As Teamsters, BMWED members participate in the one-member, one-vote International Union leadership elections. In the 2021 election, BMWED members voted heavily for a new direction with the O’Brien-Zuckerman Teamsters United Slate.

The BMWED Convention is held once every four years. The next time that BMWED members will have a chance to win direct elections of national officers will not be until the next convention in 2026.

After some procedural disagreements, candidates for top National Division office, candidates agreed to a debate moderated by the BMWED Rank-and-File Power caucus.

In a first for the BMWED, recordings of the debates were posted live on YouTube for members to view.

The debate showed that despite contested leadership elections, BMWED leaders are willing to work with the insurgent rank and file reform caucus to improve communication with the members.

In addition, for the first time the BMWED National Vice Presidents include a woman (Staci Moody-Gilbert, Chairwoman of the Burlington System Division) and an African American (Reese Saulter, Allied Federation Vice Chairman).

Charges Linger Over Some Officers

The “Membership First” Slate led by Tony Cardwell swept the National Division officer elections, with the exception of Anthony Sessa, an independent candidate and Chairman of the newly formed United Passenger Rail Federation (UPRF) who won the Northeast Executive Board seat.

At least two members of the newly elected Nation Division Officers and Executive Board are named in recent internal union charges connected to improper use of union funds for excessive meal, alcohol, and hotel purchases.

The process of hearing and adjudicating the charges may take several months.