The national carhaul contract, which was negotiated in secret with an information blackout from the members, will finally see the light of day next week. 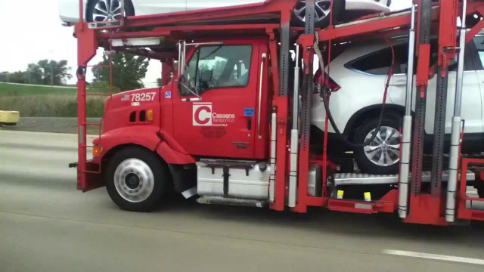 Teamster officers from all locals that represent carhaulers will meet on Tuesday, Sept. 22 to get briefed on the tentative agreement. The Hoffa administration will hold a conference call that evening to try to sell the deal.

The IBT’s Carhaul Contract Update is carefully worded to say that the negotiating committee “was able to beat back all economic concessions.” What the contract holds in store in terms of work rules and job security issues remains to be seen.

The language in the tentative agreement will be posted on tdu.org following the two-person meeting.

The Hoffa administration’s conference calls are notoriously scripted affairs with even the Q&A portion written in advance by IBT staffers. But some information is better than no information.

Teamsters United will hold a conference call on Wednesday, September 23 for carhaulers to have a discussion of the tentative agreement and contract vote. Click here to register for the Teamsters United call and be sent dial-in information.

Contract ballots will be mailed out on or about Friday, September 25 and be counted in mid-October. They are doing a quick vote schedule.

TDU urges all Teamster carhaulers to carefully review the tentative agreement and to organize other members to cast an informed vote.