Thomas Nyhan, the Director of the Central States Pension Plan, says the fund will not resubmit a revised proposal to the Treasury Department, because the cuts would have to be too deep. 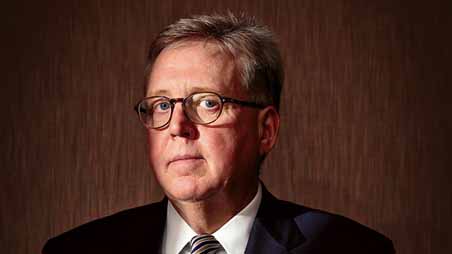 Nyhan told local union officers on a conference call this afternoon, there will be no resubmission, and no revised plan, because the Treasury’s guidelines would force the fund to cut even below 110% of the PBGC maximum, and not comply with MPRA (the pension cut law of December 2014). The Treasury Department’s denial said the Fund’s assumptions were too optimistic.

Promise to Cooperate to Push Congress

Nyhan said “Congress has to step up” to prevent the fund’s insolvency in approximately ten years. He stated he is prepared to work with the Pension Rights Center, the AARP, the union, and all stakeholders to push for KOPPA or similar legislation.

To date, Nyhan has directed energy toward fighting against active Teamsters and retirees who have worked to gain Congressional support – if he now puts the full resources of the fund behind our efforts, that will be a big boost.

Nyhan and the fund trustees should also urge all contributing employers, as well as UPS, to join these efforts, since they would benefit from relief to the fund because it would cut their own liability.

In response to officers’ questions, Nyhan indicated that the election of Hillary Clinton and pro-KOPPA members of Congress this fall will make it much more likely to pass positive legislation.