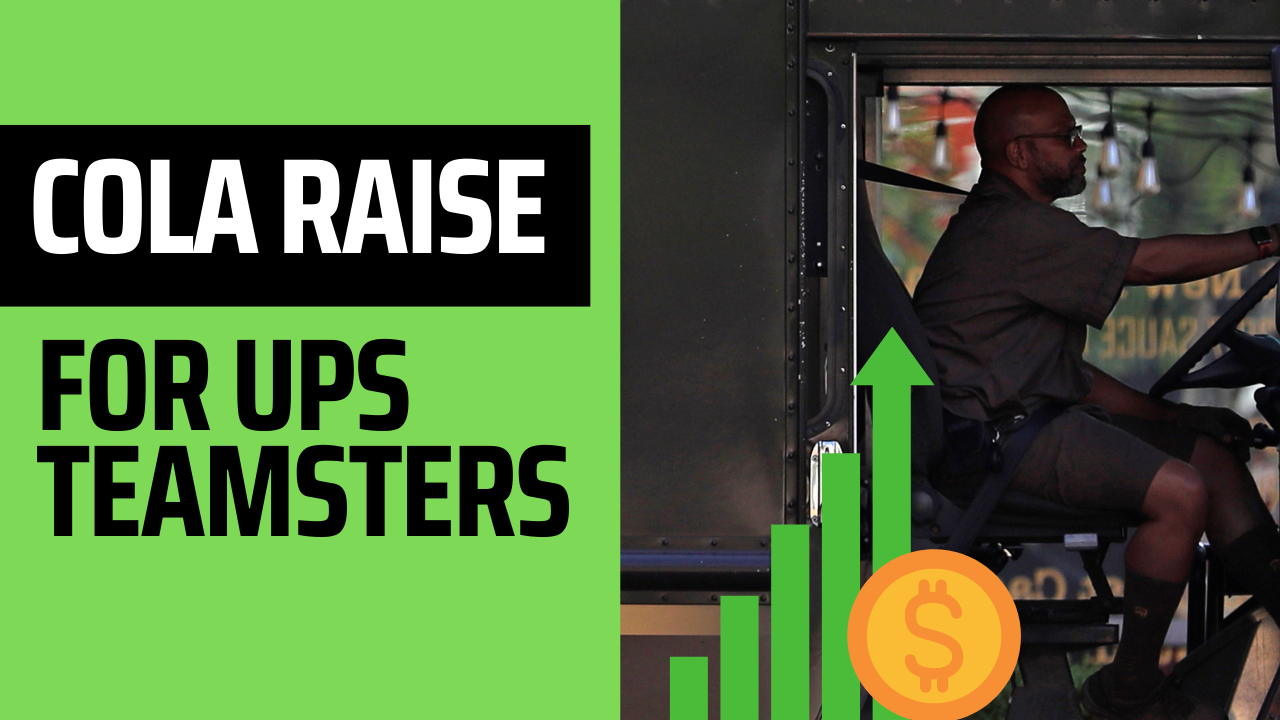 Article 33 of the UPS Master Agreement provides some protection from inflation, if the cost of living goes up over 3%, based on the year of May 2021 to May 2022. The US Bureau of Labor Statistics has just released the May figures, and the inflation index (CPI-W) rose 9.3% .

UPS Teamsters not in the progression will get a raise of $1.82.Teamsters in a four-year progression won’t get the raise or COLA until they reach top scale.

The COLA and raise will be reflected in the first pay period following August 1, 2022.