Bowling Against Givebacks—Raise Money for the Teamster Election

Metro New York Teamsters will face off to raise money for the upcoming International Union election campaign at Bowling Against Givebacks at Bowl360 in Ozone Park on Sunday, May 17 at 1 pm. 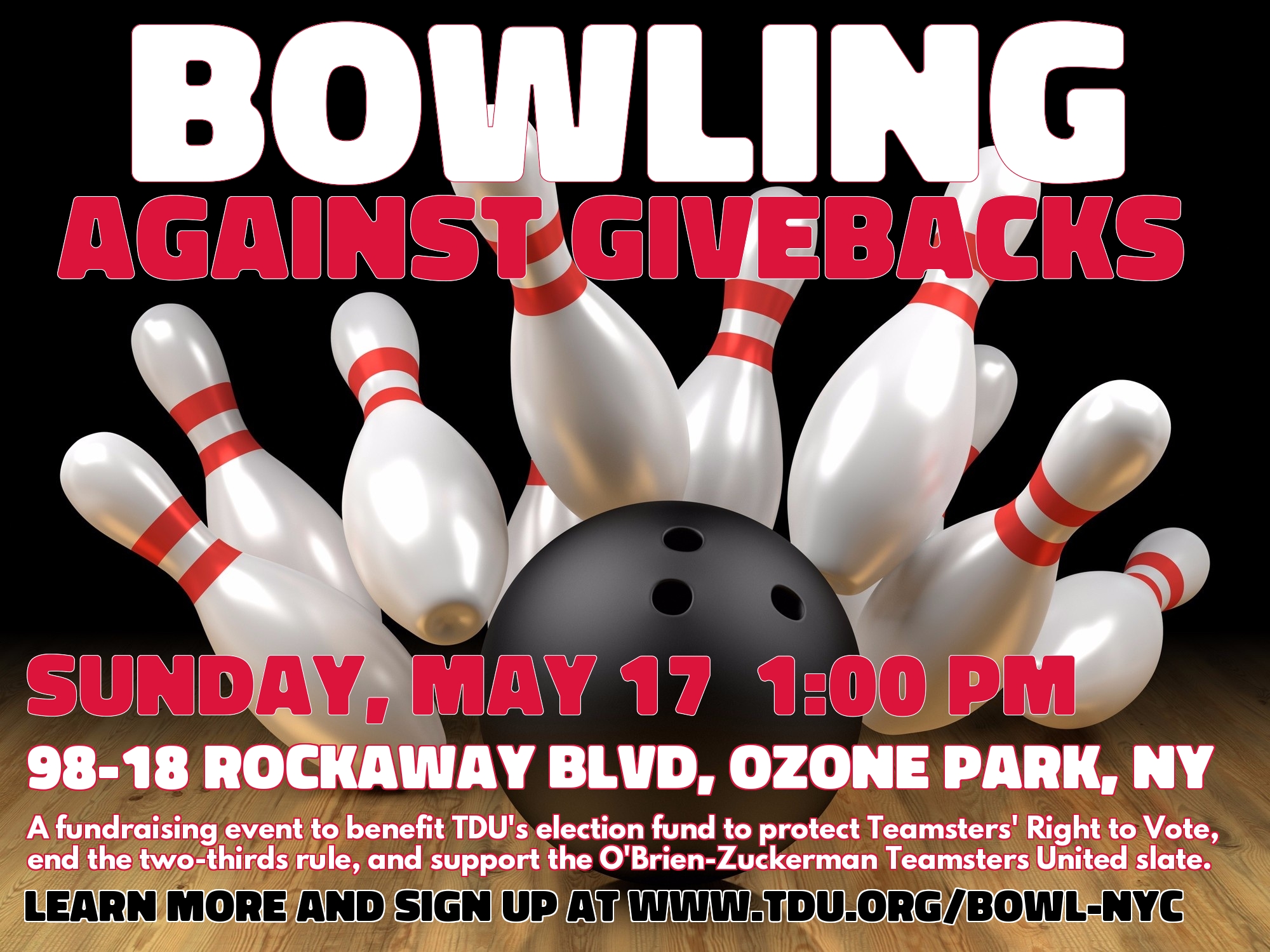 Square off against Teamster brothers and sisters for bragging rights and prizes and raise money to take back our union.

Proceeds from the event will benefit TDU’s election fund to protect Teamsters Right to Vote, end the two-thirds rule, and support the O’Brien-Zuckerman Teamsters United Slate.

Team registration costs $600. Each team captain is responsible for organizing a team of players to sell a minimum of $600 in raffle tickets.

The stakes for the upcoming Teamster election could not be higher.

We are organizing to elect the O’Brien-Zuckerman Teamsters United Slate, including Teamsters Local 804 President Vinnie Perrone.

We are organizing to eliminate the Two-Thirds Rule which Hoffa used to impose the UPS Contract that members voted to reject.

We are organizing to protect our Right to Vote. Hoffa has told the press they will try to restrict nominations in future Teamster elections to keep opposition candidates off the ballot.

Help build a campaign war chest to take back our union.