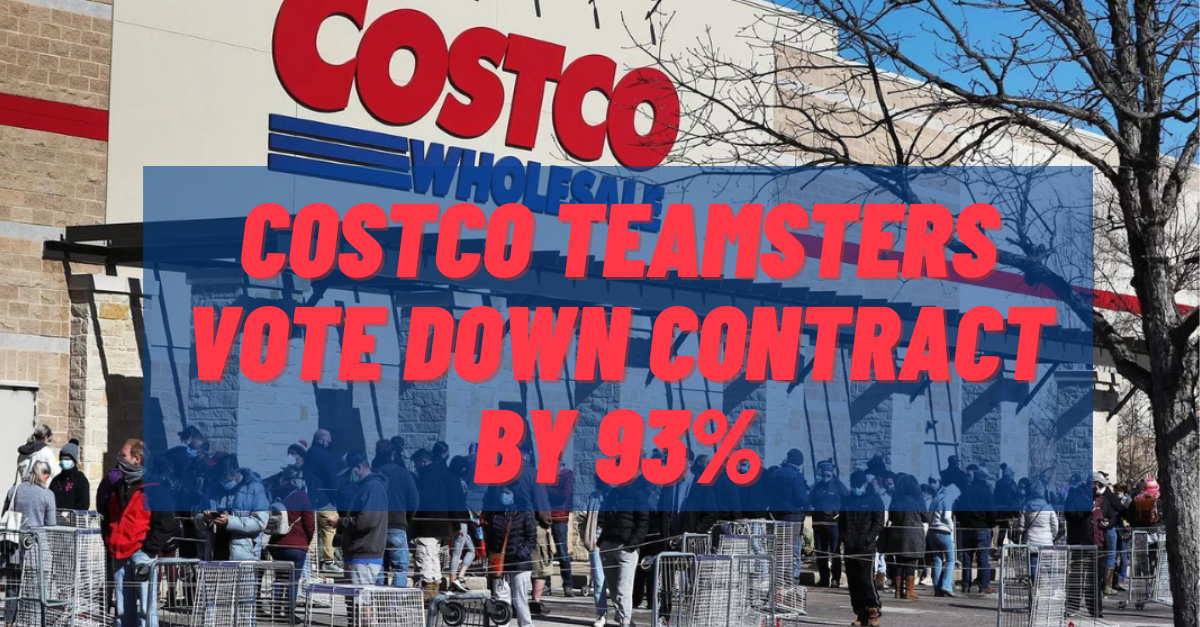 Teamsters represent around 17,000 members at Costco. More than 28% of members cast ballots.

The vote represents a sea-change from the 2019 Costco contract votes, where around 8% of members cast ballots, with 86% voting Yes in California and 94% voting Yes on the East Coast.

With the overwhelming No vote, members have sent Costco management a strong message. The Teamsters National Costco Negotiating Committee will return to the negotiating table with a stronger hand.

Costco’s offer included wage increases (75¢-60¢-60¢ over three years) that fell well below the rate of inflation and left members moving backward. In California, the contract would have put some Teamsters below the minimum wage.

“We have to keep up the pressure,” said Javier Sanchez, Costco member in San Diego Local 542. “Members are paying attention now. We are ready to stand up for a fair contract. While the bargaining committee heads back to the table, I’ll be keeping members in my local informed and ready for action.”