UPDATED--7:40PM.  Hoffa’s chief negotiator Denis Taylor and UPS have reached a handshake deal on a national contract that includes two-tier Hybrid Drivers that would deliver ground packages on a lower pay scale. 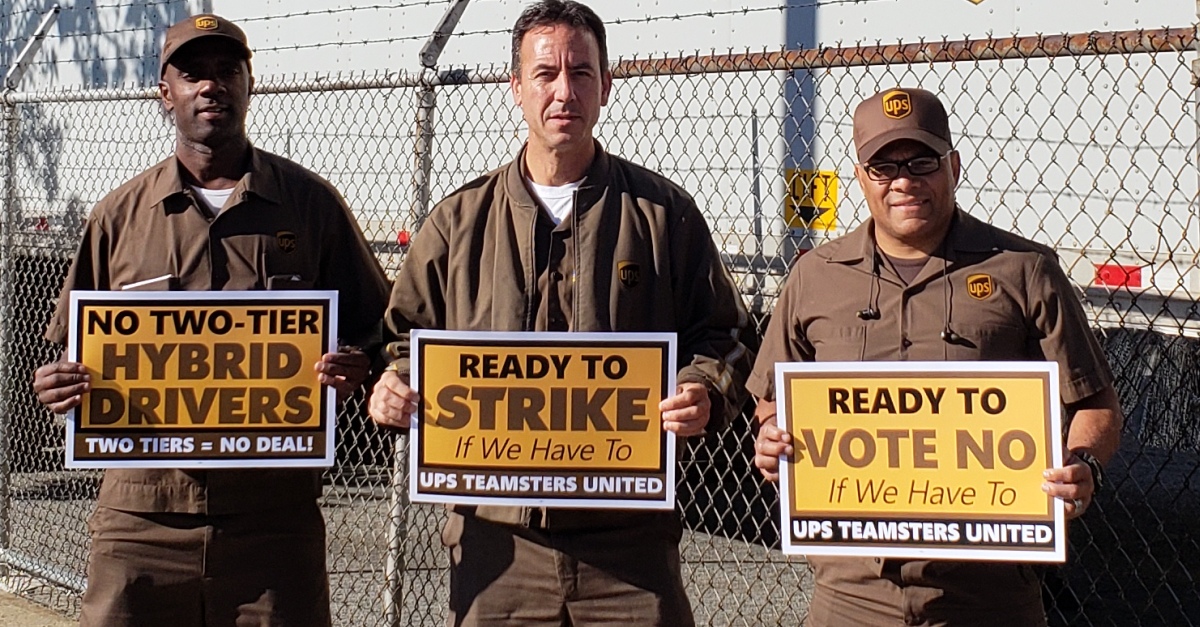 The tentative agreement "in principle" includes wage increases of $4.15 over five years, an increase to $13 starting pay for part-timers with no catch-up increases, and 22.4 Hybrid Drivers who will deliver ground packages under a two-tier wage structure.

The proposed deal will face a vote of the membership. UPS Teamsters will be given the chance to review all of the proposed contract changes in writing.

Then, a meeting will be held with two representatives from every local with UPS and UPS Freight members.

After the tentative agreements are reviewed at the two-person meeting, they will be put to a vote of the members. Members will vote on the proposed national contract and their supplement at the same time.

The International Union has put out an update with limited information. You can read it here. Many details remain to be disclosed and discussed.

TDU urges all members to stay informed, review the proposed contract changes, and discuss them with your fellow Teamsters.

Sign up get Contract Updates from UPS Teamsters United so you can make an informed decision about the contract.