Most unionists know that double jeopardy (DJ) can be a powerful defense in the criminal courts – barring a defendant from being prosecuted twice for the same offense. Just ask OJ Simpson! 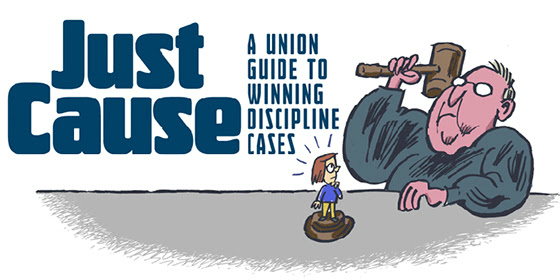 Not so many know that DJ is also recognized in industrial discipline cases, although the method of application is somewhat different.

Under the workplace double jeopardy concept, once an employee has been given a disciplinary penalty that he or she reasonably believes is final, an increase in that penalty constitutes double jeopardy – even if the original punishment was indefensibly lenient.

Here are some examples where a claim of double jeopardy can save the day:

●  A supervisor observes an employee failing to follow a safety rule, calls the worker in, and issues a written warning.  The employee continues working. Later that day, the supervisor reviews the employee’s record, and discovers numerous prior violations. Can the supervisor change her mind and issue a one-day suspension?  No. This would be double jeopardy.

●  A bus driver hits his brakes abruptly, causing a passenger to hit her head against a pole. The driver is given a five-day suspension for causing injury. One month later, the passenger dies of the effects of the accident. Can the driver be fired?  No. DJ.

●  A supervisor walks into a break room and sees workers playing cards with cash on the table. She chews out the workers and orders them back to work. When the day ends, she calls them in, says she has gone over the matter with HR, and that each worker would be given a one-day suspension for gambling on the job.  DJ?

Yes, because the workers have already been given verbal reprimands, the lowest level of discipline. Moreover, the employees returned to work and reasonably believed that this was the end of the matter.

Tip: When a union rep interviews a worker about a disciplinary notice, the rep should ask the worker whether a supervisor previously lectured him or her about the infraction. If so, the union may have a good defense even if a severe penalty would otherwise be appropriate.

For more on this topic, read Just Cause: A Union Guide to Winning Disciplinary Cases  by labor lawyer Robert M. Schwartz. Available at the TDU Store.