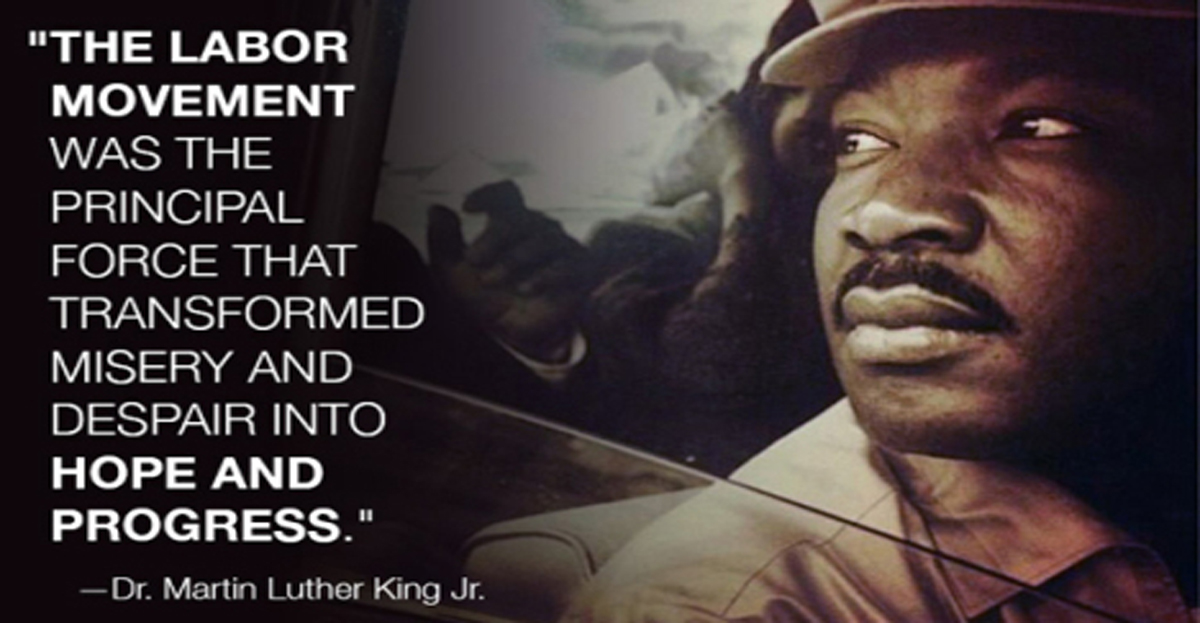 It has been 36 years since Dr. King’s birthday became a federal holiday. But still very few Teamster employers recognize it. It’s long overdue for the Teamsters Union to change this situation, by organizing to win this holiday in all national contracts and at all corporations which are in the pubic eye, and work from there to win it at other Teamster employers.

On April 3, 1968, Martin Luther King gave his last speech to support sanitation workers on strike for union recognition in Memphis.

"We've got to see it through," said King that night. "And when we have our march, you need to be there. If it means leaving work, if it means leaving school, be there. Be concerned about your brother. You may not be on strike. But either we go up together, or we go down together."