Rank & file Teamsters and reform officers met on June 23 to share valuable lessons for taking on the companies and rebuilding power for our union. 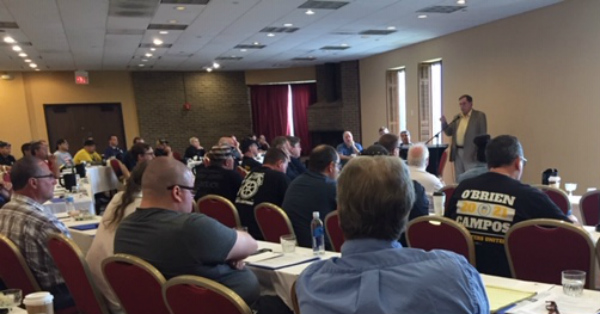 Teamsters from Locals 705 and 710 were joined by new faces from other Chicago locals and by members from St. Louis, Indianapolis, Rock Island and Wisconsin. Fred Zuckerman, Juan Campos and IBT VPs Avral Thompson and John Palmer and Bob Kopystynsky met with members. Workshops were held on Fighting Apathy and Getting Members Involved, Taking on Harassment by Supervisors, and The Best & Worst Practices of Grievance Handling. Teamster activists also discussed the future of the Teamsters Union, and the role of active Teamsters and TDU in shaping it.