What will the Butch Lewis Emergency Pension Relief Act mean for Teamster pension funds and for your pension? Get answers to Frequently Asked Questions. 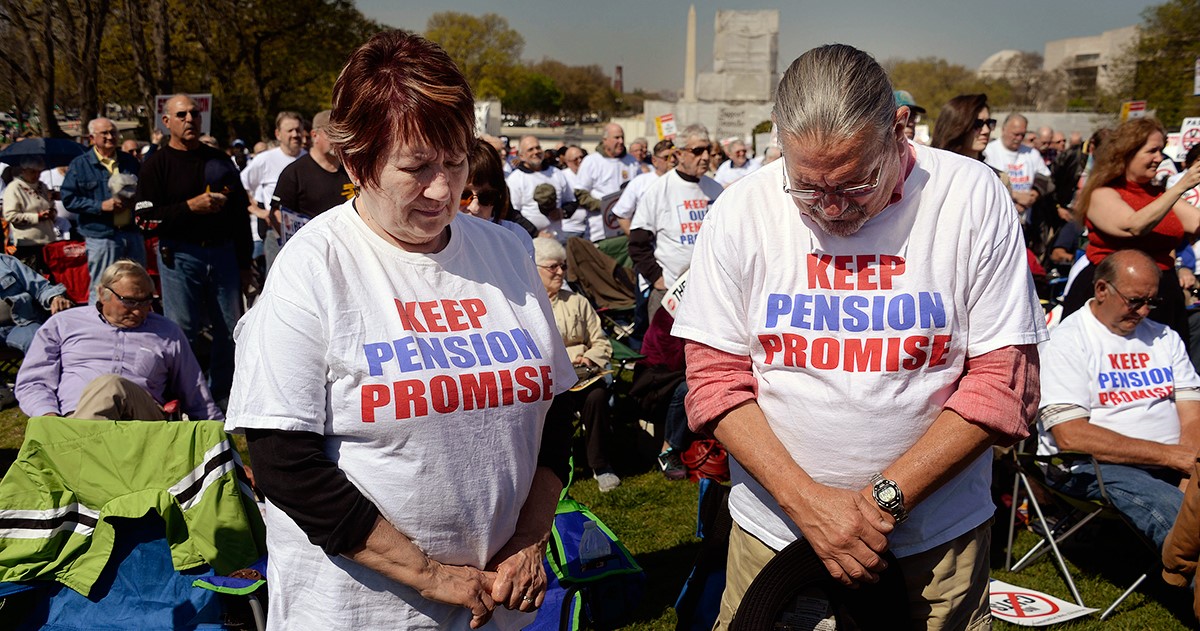 What does the law mean for eligible Teamster pension funds?

The Pension Benefit Guaranty Corporation (the “PBGC”) will send payments directly to eligible multiemployer pension plans to restore the funds to financial health and reverse some benefit cuts.

Which Teamster pension funds are eligible?

How does the law determine which pension funds are eligible?

Under the law, a multi-employer plan is eligible for funds if any of the following apply:

My fund got authorization to make MPRA cuts and my monthly checks were reduced. Will I get retroactive reimbursement for the months it was reduced?

Yes, you will get your pension restored, and will get “back pay” for the cuts you suffered. That back payment can be either a lump sum or spaced out in monthly payments over a period of up to five years. This applies to the New York State Fund; Western Pennsylvania Fund; Mid-Jersey Trucking Fund and others.

My fund became insolvent and benefits were slashed. What will happen now?

If your plan is not terminated, you will get your benefits restored, as well as “back pay” to make up any cuts in benefits. This applies to the NY Local 707 Fund.

What is the estimated timeline for a pension fund to apply and receive funds, and to restore pension cuts made in some funds?

The PBGC has 120 days (until July 11) to establish guidelines and protocols, and we expect pension funds to apply after that time. The application will be detailed, with an actuarial calculation of the money needed

Because many funds will apply, and the PBGC has limited staffing, the process could take over a year before funds are issued and before any pension cuts are restored. Priority will be given to those funds that are near to insolvency, those that have cut benefits, and that are especially large.

My fund is in “critical and declining” status but no MPRA cuts were made. Will the Fund be eligible to apply under for funds?

How will the law affect surviving spouses who are collecting a 50% benefit?

The YRC companies have been making 25% contributions since 2009. I’m getting ¼ credit per year. Will the Butch Lewis Act cover those contribution shortfalls?

No. The reduced accruals of YRC Teamsters were contractually negotiated and agreed to. However, at-risk YRC pensions (whether earned at full or reduced contribution rates) are now protected in the affected funds.

The Butch Lewis Act is good through 2051. Is there a long-term fix beyond that, and what is it?

The Butch Lewis Act is not a permanent guarantee, but will provide sufficient funds for pension funds to be on solid ground for decades to come. The funds must be properly managed and the union must organize more companies into the funds. For the long term, organizing is key.

My Fund is not in “critical and declining status.” What happens if it gets there next year, or in future years?

If a pension fund gets into “critical and declining” status by 2022, it will be eligible. After that, it would not be eligible.

Will the reported $85 billion in this law be enough to protect pensions for the next 30 years. What if it is not enough funding?

What happens if there are changes in Congress? Can they change the law or reverse the funding?

Congress enacted the law, and a future Congress could amend or even repeal the law. In the near term, that is highly unlikely. Once the Treasury Department issues payments to the various pension funds, it would be nearly inconceivable that they would be taken back. 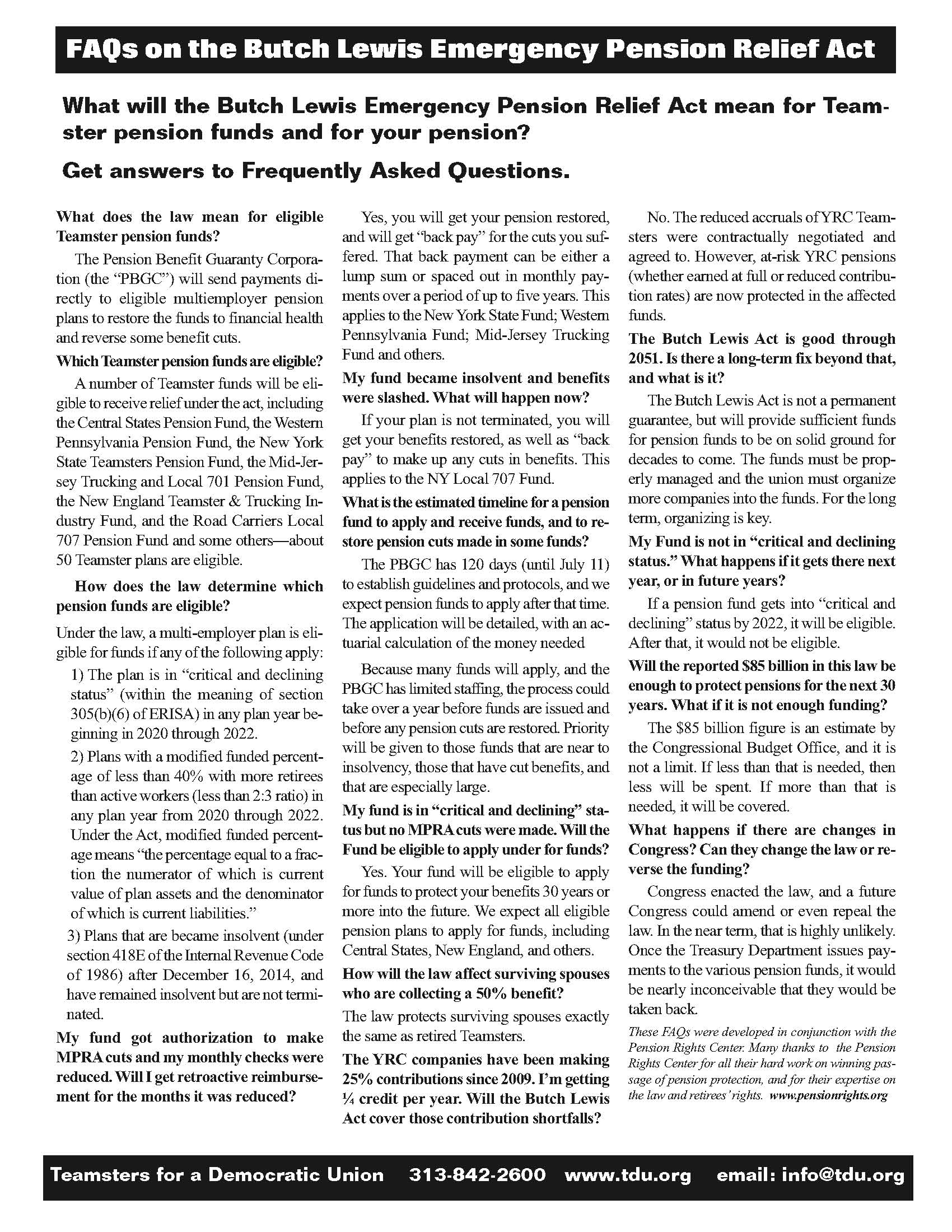