The strike authorization vote at UPS and UPS Freight has many members asking how strike benefits and health coverage work in the event of a strike. Get answers to some frequently asked questions. 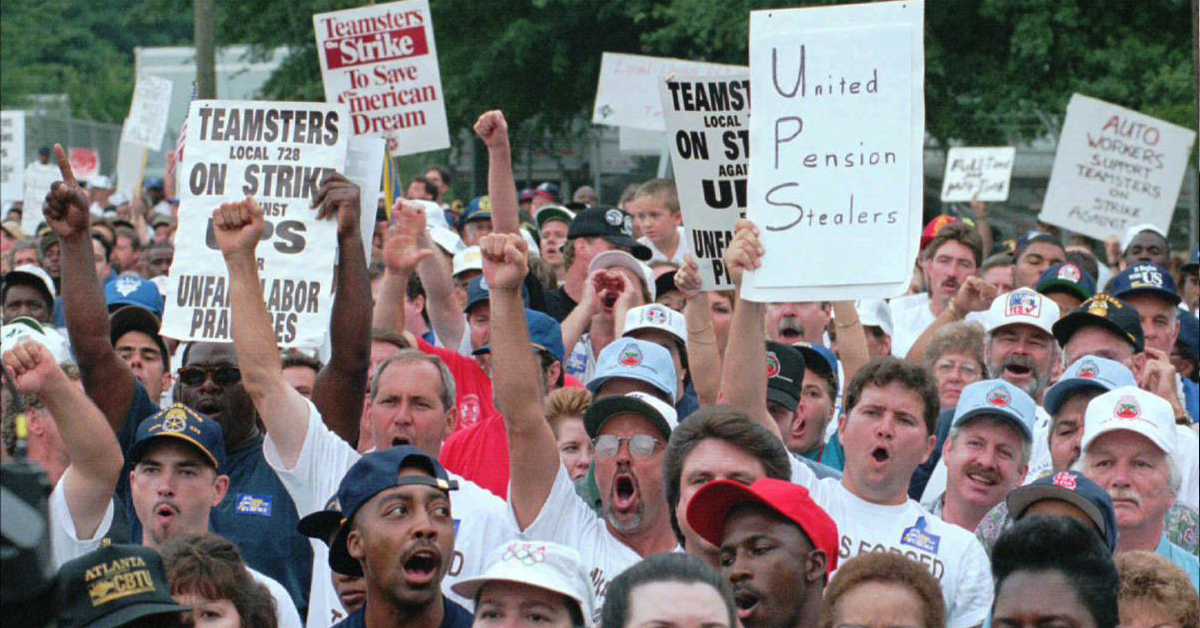 This month, Teamsters at UPS and UPS Freight are voting to give strike authorization to our union. This is not a vote to strike; it’s a vote to put that threat on the table to increase our bargaining power.

The vote has members asking questions about strike benefits and health coverage during a strike. Here are some answers to FAQs.

What are “Strike Benefits”?

When Teamster members go on strike, they get paid weekly strike benefits. A portion of your dues each month goes into the Strike and Defense Fund, to support Teamsters who are on strike or locked-out.

How much are strike benefits?

Each week, you are paid strike benefits from the International Union equal to five times your monthly dues, according to the formula set by Article XII, Section 14 of the Teamster Constitution.

There are no strike benefits the first week. Benefits start on the eighth day of a strike.  Workers in so-called ‘right to work’ states who are not Teamsters do not get any strike benefits.

Most locals do not pay strike benefits, but some do.  Some locals participate in a local or regional strike fund. Those members would receive a separate check in addition to the International union strike benefits.

Will my health and welfare benefits be covered if I am on strike?

This depends on the policy of the health and welfare plan which covers your local union.

TeamCare, which covers about half of UPS FT Teamsters and nearly all PT Teamsters, will cover your H&W at no cost to you. Initially we received info that the Western Region and Local 177 would also provide free coverage. However, the Fund reports that info is wrong; there will be no free coverage in the event of a strike, just possible COBRA self-payments.

There are many other smaller H&W plans, and their policies may vary.

Do I have to pay dues while on strike?

Yes. Keep in mind, any strike at UPS is likely to be short. The historic 1997 UPS strike which won a major victory for the labor movement lasted 15 days.