First a Brownout, Now a Crackdown

Hoffa’s Package Division has expelled a member of the National Negotiating Committee for breaking the Information Brownout on contract negotiations. Members have a right to know about their contract. Teamsters United is not backing down. 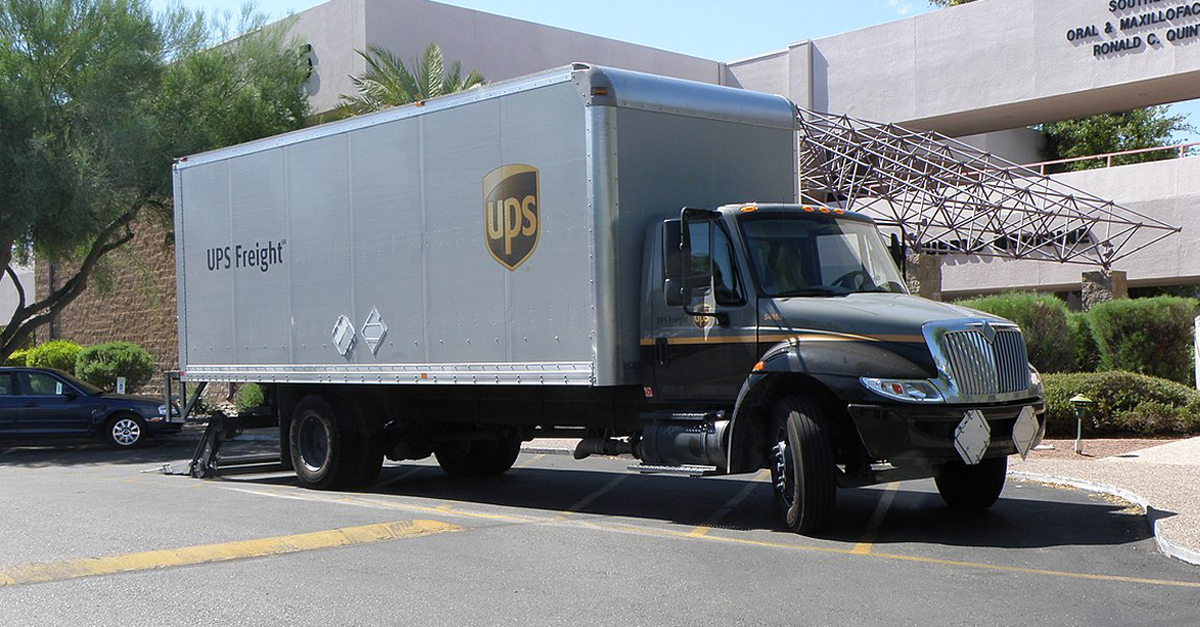 “The IBT has told us not to communicate to our members about their contract. That will never happen,” said Fred Zuckerman, the leader of Teamsters United and President of Louisville Local 89 which represents more than 10,000 UPS and UPS Freight Teamsters.

After the last round of contract negotiations, Mike Rankin, Local 89’s representative on the UPS Freight National Negotiating Committee, posted a contract update on Facebook.

Rankin criticized UPS for pleading poverty and dragging its feet in negotiations. He praised the union’s strong bargaining proposals, saying they would result in a good contract if the IBT will stand behind them – and he promised that he and others would not remain silent if the bargaining proposals were watered down.

Rankin said he was on the Negotiating Committee to represent the members and said he would be a straight shooter and oppose the final contract if it was a weak deal.

Rankin’s integrity and loyalty to the members was too much for Denis Taylor, the Hoffa stooge who was appointed to replace Sean O’Brien as Hoffa’s Package Division Director.

Today, Taylor sent this letter to Rankin tossing him from the UPS Freight National Negotiating Committee and UPS Article 43 Subcommittee. 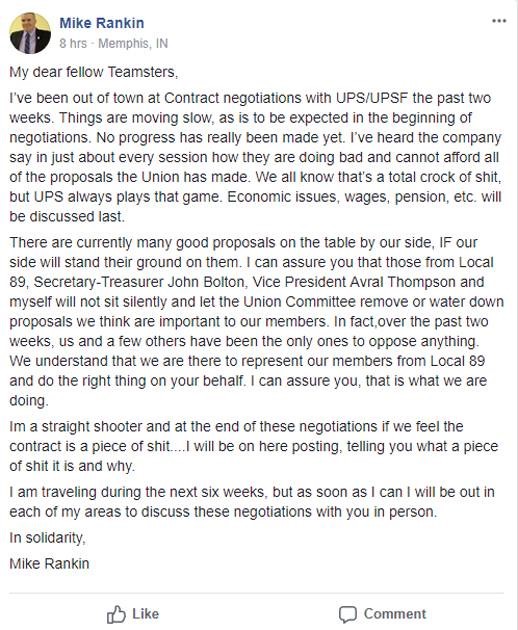 From Big Talk to Brownout

Before contract negotiations started, the Hoffa administration told members there would be no Information Brownout. But Taylor has imposed a gag order on the Negotiating Committee. His UPS Rising contract bulletins say nothing.

Behind closed doors, Taylor has withdrawn or watered down key contract proposals on harassment, discipline, dishonesty, driverless trucks, and drones. No wonder he wants members to be kept in the dark!

“Removing Mike Rankin was a cowardly act by Hoffa administration officials who are afraid of the members,” Zuckerman said. “It sends a message of weakness to the company precisely when we need to be sending a message of unity and strength.”

“We will back the IBT when they stand up to the company, and we will call them out and take them on when they keep members in the dark, settle short and sell us out,” Zuckerman said.

Join the network to fight for our contracts at: